The value of the First and Last of a series of cars is always interesting at auction! It’s an un-certain psychology as to why the value should be higher than the preceding model, especially since 40,000 other examples of the same car were made in the same way and on the same production line.

However, a bidder has paid $750,000 for “the last car ever produced at Holden Australia” so there is an obvious attachment to the brand and to that car in particular!

The really interesting thing here though, is that General Motors states that “absolutely the last Holden” is on display at the National Motor Museum in Birdwood, South Australia!

So this is just another 2017 VF Holden Commodore!

Moving on, the this `last’ example of the VF Commodore was expected to bring home around $500,000 at Lloyds auction today (Saturday), but has certainly exceeded expectations by almost double.

An advertisement for the 2017 Holden VF Series II sedan ahead of the auction had described it as “the last car ever produced at Holden Australia”.

Auctioneer Lee Hames said it was “arguably the most collectable … Australian car in the world right now”.

But General Motors reportedly said another Commodore was “absolutely the last Holden”, and was  in fact on display at the National Motor Museum.

That vehicle, which ceremoniously rolled off the assembly line at the Elizabeth manufacturing plant as it shut in October 2017, is not for sale.

The closure of the factory, north of Adelaide, marked the end of large-scale manufacturing in Australia.

Although General Motors did confirm that the car sold at auction was the final car to go through the body-shop and paint-shop at the Elizabeth factory, they did also confirm that is was not “absolutely the last Holden”.

The car that was auctioned was “the last body to leave the body-shop and enter/exit the paint-shop, but it was NOT the last one to come off the general assembly line itself!”

This is what the US head office reported to Australian media CarSales.com.au.

“Therefore, and very importantly from a heritage perspective, the vehicle in the National Motor Museum in Birdwood, SA … is absolutely the last Holden.

“The Commodore on loan to the National Motor Museum in South Australia was the last car that ran down the general assembly line and is not for sale.

“The vehicle is on display in the National Motor Museum in Birdwood, SA and was the last vehicle to come off the end of the general assembly line late morning of 19th October, 2017.”

So someone paid Three Quarters of a Million Dollars for a VF Commodore! 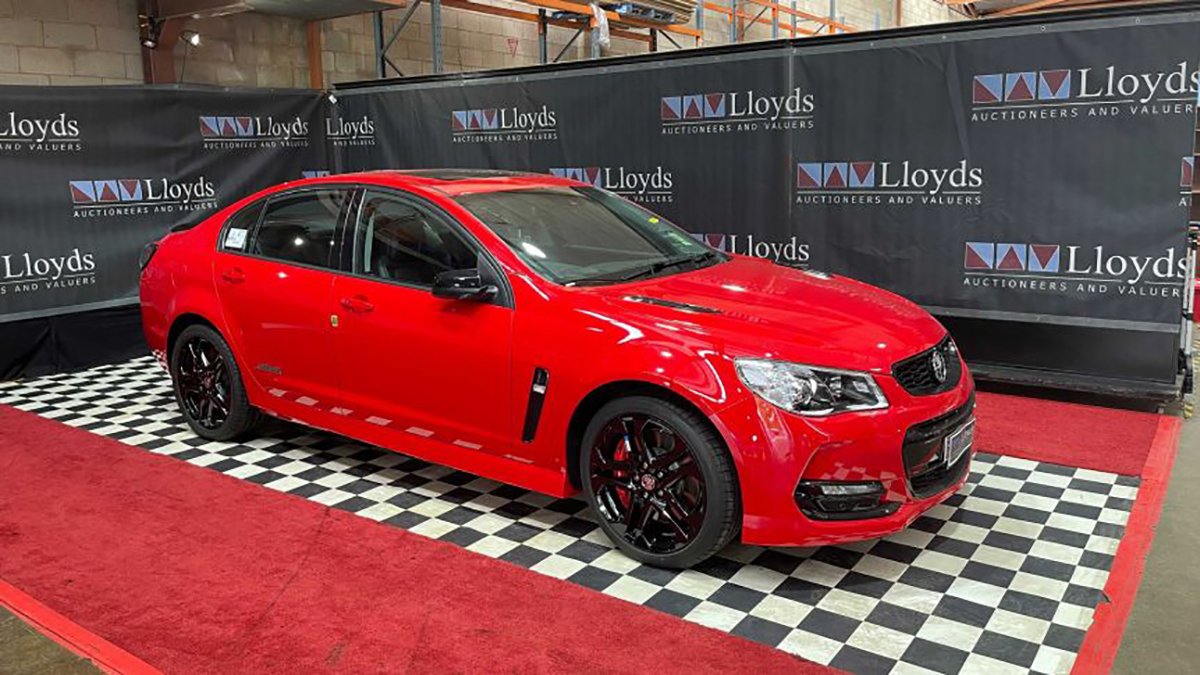 It certainly wasn’t expected! And all eyes are on the HSV GTSR Maloo W1’s at Lloyd’s auction as the online […]