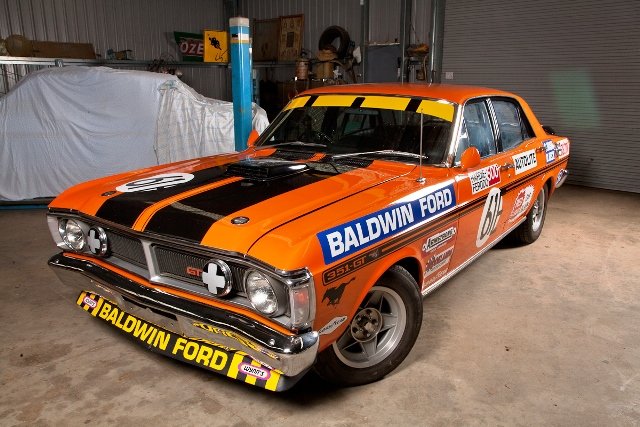 Lloyds Online (aka Lloyds Auctioneers and Valuers of Queensland) have announced that they have a genuine Aussie legend scheduled for auction this Saturday 21st October.

Yes folks, on the auction block is a genuine 1971 XY Falcon GTHO Phase III that was driven by Garry Rush and Damon Beck at the Great Race of that year, on Mount Panorama in Bathurst. At the time, the race we now know as the SuperCheap Auto 1000, was known as the Hardie-Ferodo 500 (500 miles = 1000 k’s).

The original drive train is complete and includes the 351 4V HO Cleveland motor up front, matched to the 4 spd Top-Loader gearbox and the 9″ Diff at the rear. This setup made these cars as bullet proof as you could get in the day!

The paint is a re-spray in the original orange hue and the livery has obviously been replaced to restore the appearance of the car to it’s race glory of 1971.

The bidding is currently sitting with 1 bidder and a bid of $270,000 but this car is expected to reach some mighty big numbers by the time the auction completes.

For further detail on this legend, and to participate in the auction, click here.

Holden HT Monaro GTS 350 Racer Sells at Auction for Half a Million!

It was expected to reach a higher price; it is after all a piece of Australian Motorsport history and a […]

With the unfortunate closure of Sydney’s iconic Classic Car Museum in Gosford, comes an upside for enthusiasts wanting to pickup […]

DREAM COME TRUE – THE MOUNTAIN IS MINE !!

–   By motorsport correspondent, Chris Dobie Dream come true – The mountain is mine !! THE tinge of excitement […]