Volkswagen Team Oettinger driver, Mitchell Cheah showed solid pace at Zandvoort Circuit Park for Rounds 7 & 8 of ADAC TCR Germany, one of the toughest of the year, leaving unlucky Netherlands with no change in points.

The weekend started out well with the 21-year old quickly getting on pace at the 4.3km circuit. Qualifying sessions were held on Saturday and the Malaysian made it through to Q2 but the wet weather session left him unable to better his earlier pace finishing in 11th.

Round 7 was held later that same day, a penalty he received prior to the race start saw Cheah starting the race from the back of the grid. He fought his way back up, immediately taking four cars at the start before disaster struck at the end of the first lap. Cheah made contact with another car, barreling him into the barriers, ending his race before it could really begin.

The crew worked tirelessly to repair the damage to the Volkswagen Golf GTi TCR SEQ for Round 8 on Sunday. Cheah set off to salvage some points for the weekend, starting the race 10th in the reverse grid order, which would allow him the opportunity to get in the mix with the mid starting fast drivers.

He managed to climb to 8th and everything looked according to plan when technical issues, caused by the damage sustained in the earlier race, plagued the #29 car, leaving Cheah with no choice but to drive to the pits and retire from the race.

“It was just not meant to be this weekend. It was just bad luck” said Cheah after the weekend. “I am sorry for the team, after a mechanical failure in Race 2 and a disastrous weekend with no luck. Well, that’s racing. We’ll have to keep our chin up and work hard for the rest of the season with Nurburgring coming up” he ended.

“It was pure bad luck this weekend for Mitchell. He had good speed, a clever driver who drove a safe and well-paced race, he had two good race starts.

“His focus has always been on the end goal but this weekend was not the best outing for him and having to walk away from the races with two DNFs was upsetting for him but he will bounce back. He has the talent and the drive and we are here to back him up”.

This weekend sees Cheah maintaining his 27 points for the Junior title chase as the team packs up and heads back to Germany for the final three race weekends at Nürburgring, Hockenheimring and the season ender at Sachsenring in September. 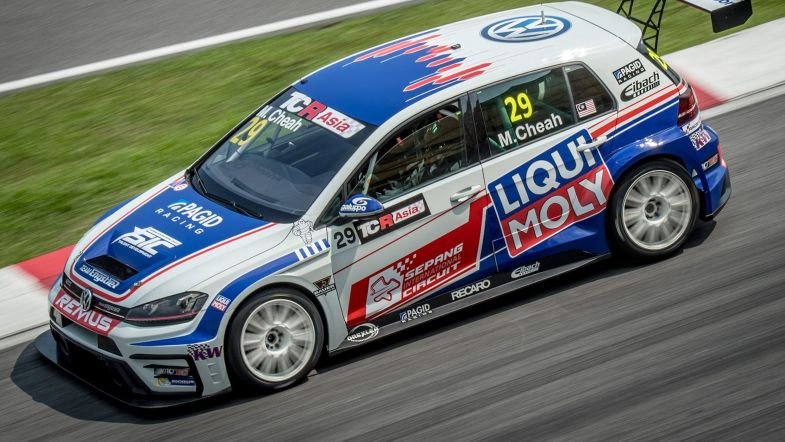 Rnd#2 – SuperSports Series Sydney Motorsport Park, NSW 28 April, 2018 Hot off the back of the outright round victory […]

Radical Australia Cup title to be settled in New Zealand