Tyson Fury went into the WBC Heavyweight Championship ring against Deontay Wilder as the underdog! But he did so also with the view to come out holding the championship belt and bring about one of the greatest come-backs in the history of boxing!

This is exactly what he did today (Sunday in Australia and Saturday Night in the USA where the fight was hosted), when he knocked out Deontay Wilder in the seventh round to claim the WBC’s version of the world heavyweight championship to his own to his record.

He had done this once before, however this time he delivered a more definitive result than their first encounter was able to produce.

This was for that reason, the highly anticipated and much debate rematch where Fury promised to push for a Knockout against an opponent considered by many to posses the most dangerous punch in modern boxing!

From the very beginning of the opening bell, Fury surged forward, flooring the defending champion Wilder for the first time in a decade with a right hand to the forehead in the third round, then again with a clubbing left to the body in the fifth!

This was a pattern that would foretell of the eventual dropping of a champion, however until then, Wilder appeared groggy and hurt in the sixth round, bleeding from the ear.

As Fury had promised, her remained ruthlessly focussed on the Knockout as he picked Wilder apart one blow at a time.

It wasn’t until the 1:39 mark of the seventh round though, that Wilder’s corner threw in the towel obvioulsy considering the punishment a foregone conclusion and too much for the champ!

Referee Kenny Bayless ended the match at that point to scenes of pandemonium among the sold-out crowd of almost 16,000 at the MGM Grand Garden Arena.

“I hit him with a clean right that dropped him and he got back up,” Fury said … “He is a warrior. He will be back. He will be champion again.”

After the fight, Wilder was gracious in defeat saying ..

“I’m doing good. Things like this happen. The best man won tonight, but my corner threw in the towel and I was ready to go out on my shield. I had a lot of things going on heading into this fight. It is what it is, but I make no excuses tonight. I just wish my corner would have let me go out on my shield. I’m a warrior. He had a great performance and we will be back stronger.

“Even the greatest have lost and came back, that is just part of it. You just take it for what it is. I can make no excuses tonight. I had a lot of complications. But we’ll come back stronger next time around. This is what big-time boxing is all about, the best must fight the best. I appreciate all the fans that came out and supported the show, and I hope that everyone gets home safely.”

There was something being fought for here also that many boxing fans know; who will fight Anthony Joshua ?

We now wait on a summit meeting between Fury and Joshua to unite all four titles and crown an undisputed heavyweight champion for the first time since Lennox Lewis. This will be perhaps the richest fight in boxing history … of course that is assuming that Wilder doesn’t take up his option for an immediate rematch! 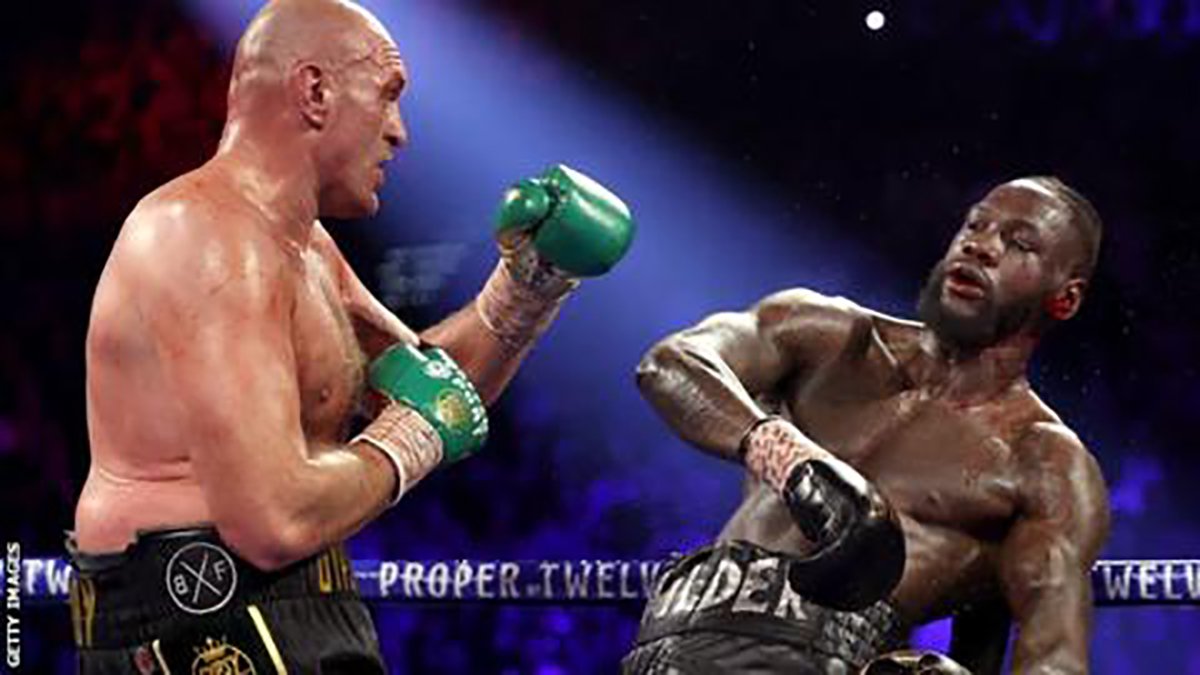