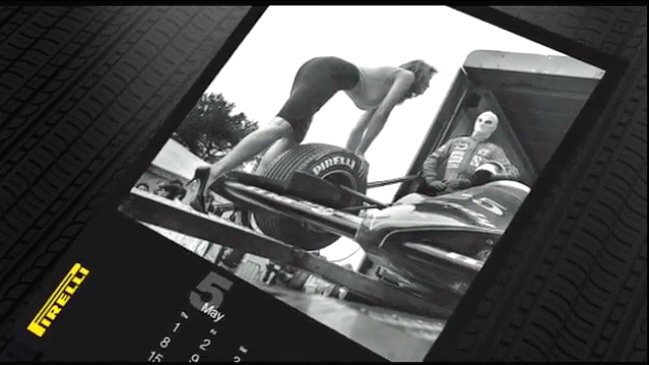 In celebrating their 50 year anniversary, Pirelli have gone back through their past collection of some of the world’s most beautiful women and best photographers to harness the essence of the images seen as risque over the last 5 decades.

The Pirelli Calendar began as an annual series in 1964 as a marketing tool for the prestige and elite tire company as a thank you gift to it’s most honored clients.

To receive the Pirelli Calendar meant that you were among the most valued to Pirelli.

During the 50 year long history of the calendar, Pirelli has accumulated a list of elite photographers that include Richard Avedon, Peter Lindbergh, Bruce Weber, Mario Testino, Annie Leibovitz, Peter Beard, and Mario Sorrenti, among others.

For the 50th anniversary though, it is Helmut Newton’s 1986 collection that was chosen as the one that most captures the character and spirit of the Italian tire company that is among the highest grossing companies in Italy.

As a further highlight of its 50th anniversary year, Automobili Lamborghini is presenting one of the most exceptional super sports […]