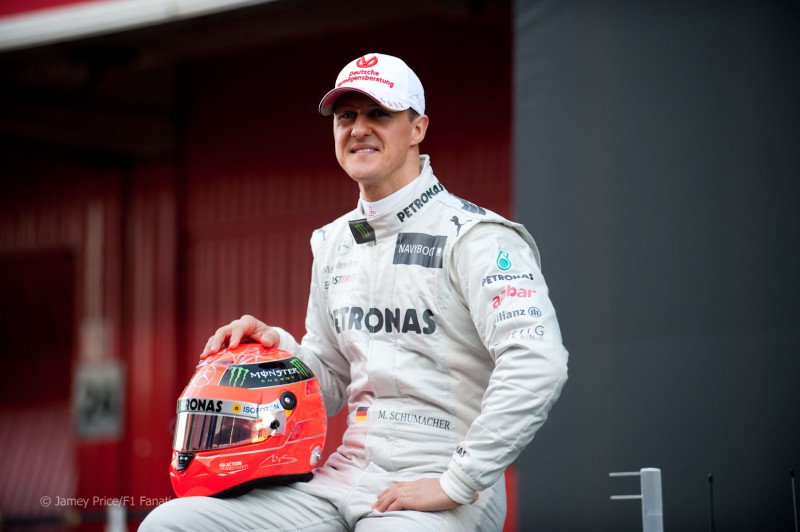 Michael Schumacher, the twice retired seven-time Formula One champion, remains in critical condition after undergoing brain surgery this morning. This follows a skiing accident in the French Alps on Sunday where the 44 yr old sustained a head injury that was described as a serious brain trauma with coma on his arrival, which required an immediate neurosurgical operation”, the hospital in the southeastern French city of Grenoble said in a brief statement.

Schumacher had been skiing with his 14-year-old son at their property in the upmarket Meribel resort, when he fell and hit his head on a rock.

He was airlifted in a conscious state to a local hospital, then, an hour later, to the better-equipped Grenoble facility when he slipped into a coma en route. A surgeon and brain specialist from Paris was rushed in to oversee his treatment.

The director of the Meribel resort, Christophe Gernigon-Lecomte, had said just after the accident that Schumacher had been wearing a helmet and was “conscious but a little agitated”, suggesting he had not received life-threatening injuries.

But when Schumacher then fell into coma, doctors realized the damage was worse than initially feared.

Two mountain police officers onsite gave first aid to Schumacher and were able to evacuate him by helicopter withing 10 minutes.

Schumacher’s wife Corinna was at his side with his two children, the hospital said.

Police kept guard at the hospital’s entrances as journalists and fans, some wearing the colours of the Formula One legend’s former stable Ferrari, gathered outside awaiting news of his health.

The hospital statement was signed by the facility’s neurosurgeon, the professor in charge of its anaesthesia/revival unit, and the hospital’s deputy director. It was issued jointly with the ex-racer’s press team in Germany.

Schumacher, who won the last of his world titles in 2004, definitively retired in 2012 in the Brazilian Grand Prix, in which he finished seventh, after an abandoned attempt to quit six years earlier.

Since his debut in 1991, the German towered over the sport, winning more Formula One world titles and races than any other. He had a record 91 wins and is one of only two men to reach 300 grands prix.

Schumacher’s duels in his heyday with Damon Hill and Jacques Villeneuve, fired by an unquenchable competitive spirit, have gone down in Formula One folklore.

Schumacher was born in January 1969 near Cologne, Germany, the son of a bricklayer who also ran the local go-kart track, where his mother worked in the canteen.

He celebrates his 45th birthday next Friday.

–  Appearing in Edition 5 FeatureGirl – Cindy Crawford – The Full Featured Gallery is available to Members Only. Register or Upgrade today […]

As a further highlight of its 50th anniversary year, Automobili Lamborghini is presenting one of the most exceptional super sports […]

Long Race for Team Lotus at the 2014 Monaco F1GP