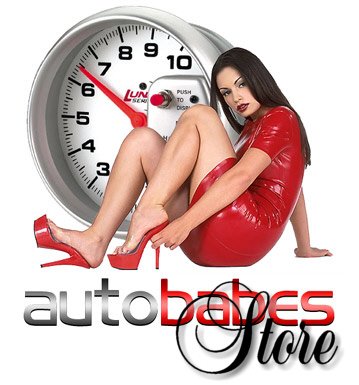 Organisers of the Nikon SuperGP have finally
come clean on their doubts that the A1GP cars will make it to the event.

He stressed that even if the A1GP cars do not
turn up, next week’s Nikon SuperGP would continue – although this was never in
doubt – and that the category had not breached any of its terms of contract
with the Gold Coast Motor Events Company, which runs the event, at that stage.

Australia’s home-grown V8 Supercars have always
been in place to stage two 200-kilometre races at the event along with a number
of associated practice and qualifying sessions and Hooten said the V8s “are
absolutely a major aspect of this event”.

“I need to make it clear that this event is
happening next week,” he said.

“Do not lose sight of the fact that I’m
standing in V8 pitlane where next week the V8 Supercars will for the first time
ever (at Surfers Paradise) have two 200km races.”

Hooten addressed the rumours surrounding the
demise of the A1GP World Cup of Motorsport, saying the series’ operational staff
is continuing to work with his team preparing for the SuperGP.

“A1GP have released their teams list. I
have letters from the competing teams committing to racing on the Gold Coast.
A1GP have paid deposits on accommodation,” he said.

“A1GP have paid deposits on the hire of
general equipment. A1GP have approved and completed their on-track signage.
Where necessary, A1GP Teams have been making visa applications.

“They (A1GP) have released their 2009/10
series calendar and yesterday further released details on their next round in
Zhuhai, which will follow our round.”

Even more telling that the A1 cars will not make
it to Aussie shores is that unlike previously, Hooten did not give an absolute
guarantee that the cars will definitely attend the SuperGP.

As reported last month A1 Grand Prix Operations,
a subsidiary of A1 Grand Prix Holdings, was put into compulsory liquidation in
June owing millions of dollars.

The company was successfully put into
administration following an English High Court hearing on October 6.

A1GP Chairman, Tony Teixeira, pledged to pay all
creditors before the hearing but this did not occur.

BigPond Sport can reveal that the cars will not
be released from where they are being held in Dunsfold, England until a six
million pound surety has been paid, which to date has not been forthcoming.

But even if the surety is paid, creditors with
claims over the cars’ components all need to approve the release of the
Ferrari-powered open wheelers back into the hands of A1GP.

And it is understood that the accommodation
Hooten referred to was booked as far back as last year, long before A1GP
Operations fell into trouble.

In response to reports from the Gold Coast that
A1GP had not booked aircraft to get its cars to Australia, Hooten said A1GP was
responsible for its own freight bookings and movements “to ensure the cars
are here for racing next Thursday”.

His statement indicates that SuperGP organisers
do not believe a test session planned for the A1GP cars this Monday at
Queensland Raceway will go ahead.

However circuit CEO John Tetley said he had
spoken to A1GP’s John Wickham on Wednesday and at that stage the cars were on
schedule to make the test session.

“The taxpayer has not lost money, nor does
the taxpayer face any risk of losing money at this event,” he said.

– Press Release   GoldCoast, Australia – 26/10/09: Mark Winterbottom has continued his blistering form despite illness today aboard his […]