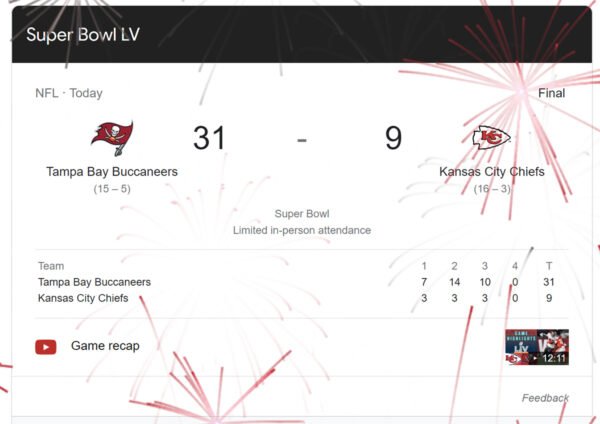 Tampa Bay went into this Super Bowl as the underdog having won their last Super Bowl in 2003. The spell was broken today though with the positive influence of star quarterback Tom Brady who today also won his seventh championship ring.

In fact Brady, who before this game’s win, already held the record for more rings than any other NFL player in history with six rings, earned his undefeated GOAT status with his first championship win in Tampa Bay.

It was of course the first season for Brady’s with the Tampa Bay Buccaneers after leaving the New England Patriots last year which had given him the previous 6 championships.

Proving that at age 43, he still has the goods, there were three touchdown passes to his credit, with Rob Gronkowski on the end of two of them as the former New England teammates set a playoff record for the most post-season touchdowns from a duo with a total of 14.

Brady wasn’t coy at all though and after being crowned Super Bowl MVP for his standout performance, he confirmed he will come back for another season at least.

“This team is now world champions forever, you can’t take it away from us,” Brady said at the end of the match.

“I’m so proud of all these guys. We had a rough November but we came together at the right time. We knew this was gonna happen. We played our best game of the year.”

As usual, Brady’s wife, model and actress Gisele Bundchen and their two kids, were at the game in support of Tom and cheering on in celebration at the presentation ceremony. 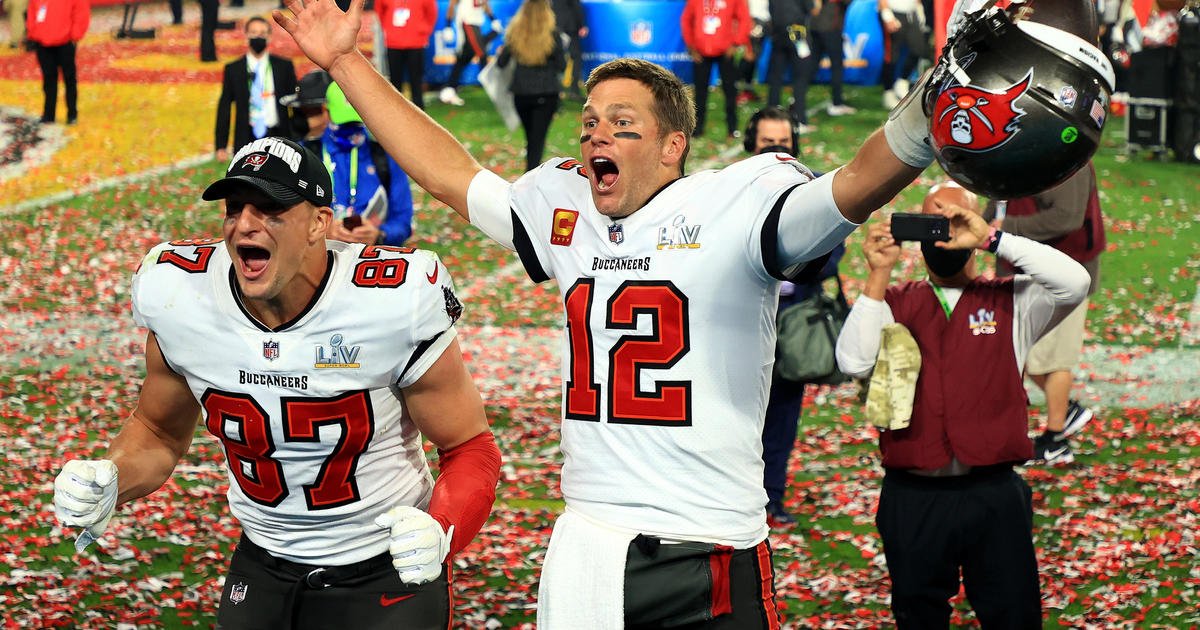 Stunning fitness and swimsuit model Katelyn Runck, has gone viral across Social Media in her support of #SuperBowlLV ! More […]