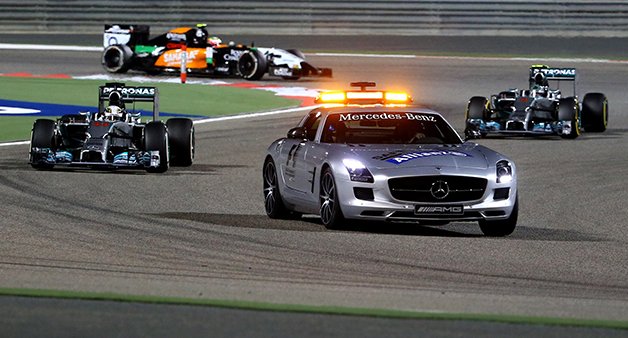 Motorsport’s world ruling body FIA on Thursday approved new rules for the 2015 Formula One season, including new standing starts following the use of the safety car.

After the safety car comes off the track, the drivers are to restart the race from the grid rather than use the present rolling resumption.

There are exceptions as to when this will not happen such as within five laps of the finish or within two laps of the start or a restart. This is not a change which is likely to prove popular with every driver.

“It’s bad enough that you lose your advantage but, with the new rule, you can immediately lose several places with a poor start or with any bangs the car takes,” four-time world champion Sebastian Vettel said before the rule change was confirmed.

The number of engines permitted for each driver in a season will be limited to four, though if there are more than 20 races in a year, this will increase to five.

New rules also affect pre-season testing. Three pre-season tests of four days each will take place in Europe in 2015. That number will be reduced to two days in 2016.

FIA also said two in-season tests of two days each would take place in Europe, down from the current four. Two of these days must be reserved for young drivers.

Last December, a budget cap was announced by the FIA for the 2015 season, a move welcomed by the smaller teams, but this plan was overturned by the Formula One strategy group earlier this year.