The weather was perfect for a podium finish for LIQUI MOLY Team Engstler at the home of the Chinese Grand Prix – the Shanghai International Circuit – for Rounds 5 & 6 of TCR Asia Series. The team now leads the Championship by 99 point after Luca Engstler and Diego Moran claimed a total of 40 points from the afternoon race.

Engstler and Moran were challenged throughout the 10-lap race. It was another combined race with the TCR China drivers for a bumped-up grid where after a tough Qualifying session, it left Moran to start from second row with the pole for TCR Asia whilst Engstler lined up right behind him. Both drivers had to contend with success ballast, leaving tyre management for the Hyundai i30 N TCR crucial. Changes were made to the setup before the race which helped maintain a consistent pace.

Right from the start, the duo pushed as the light went off but where Moran struggled for a good start dropping two positions before he began his race long battle with Spaniard Pepe Oriola, the German youngster excelled. Engstler got off to a good start to gain two positions, catching up to the leading Hondas in the TCR China Series. Midway through the race, Engstler found a way past one of the Chinese entries to begin his chase on the other.

Throughout the race but Engstler was unable to find a way past and crossed the line second but collecting full points for TCR Asia Series. Behind him, Moran was putting pressure on Oriola but was unable to catch up to gain a position, finishing 3rd in the Series.

Project Manager for LIQUI MOLY Team Engstler, Andreas Klinge was full of praises for the duo and the team, and was happy with the outcome of the race. “It has been a great weekend so far. I have to say compliments to Diego and Luca, especially to Luca for his absolutely stunning performance. The Hondas today were kind of unbeatable as we already saw in qualifying. I am really proud of the whole team, especially for Luca and Diego for an outstanding race today.

“It was an exciting race, a nice one to watch and fortunately with no Safety Car interruptions. Since the Hondas are running in TCR China, it means points will not be taken away from us and we will be claiming full points for the Championship bringing us further ahead in the Team and Driver Championships. A big thank you to everyone on the team to make this possible again. I am really happy and proud to be part of this wonderful team”.

Moran too was happy with the results of the day but the Ecuadorian is already thinking of the more difficult start with reverse grid order leaving him to start from 7th for Round 6.

“It was a good race. I stayed out of trouble but a bit disappointed because I couldn’t maintain my position. Pole position in the Series for the race was very nice, I was very happy and confident that I can manage to win the race but I struggled a bit at the start so two cars overtook me. Then I managed to recover one position which left me to fight with Oriola. It was very intense and I think I pushed my tyres too much and at the end I suffered because my pace at the end was not good enough to catch him again and that was it.

“But yeah it was a good race. I am looking forward to Round 6. I have already spoken to the team so the car is in great shape and engineers are going to make some minor changes for the next race and I hope I can recover. It will be quite an exciting race because I start from 7th with the reverse grid, so it is going to be important to make a smart race because there will be a lot of cars in front of me”.

The reverse grid order will see the duo lining up in 3rd and 4th rows for the start of Round 5, making it a very interesting start.

Round 6 is scheduled for Sunday, 2nd June at 9.45am local time. The live stream of the race can be viewed on www.facebook.com/TCRAsiaSeries

TCR Asia Series remains in China for Rounds 7 & 8 at the new Zhejiang Circuit in July before the season finale in Thailand this September. 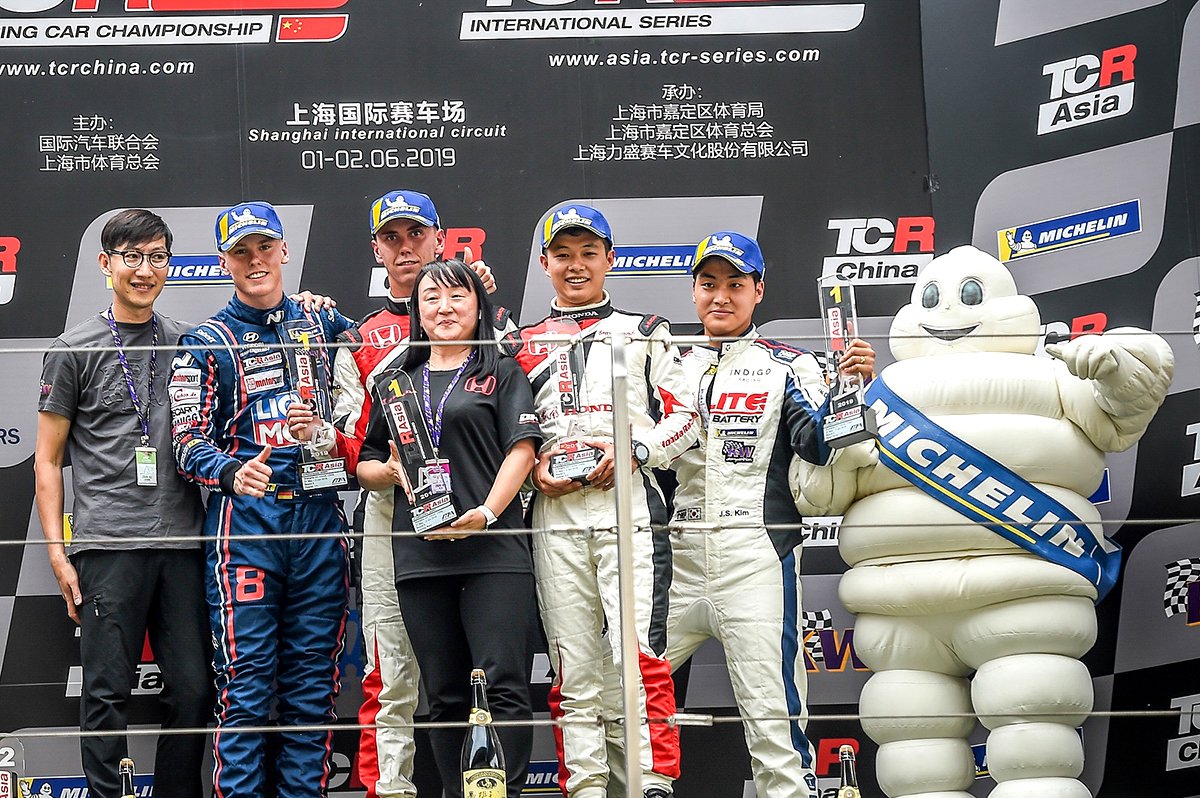