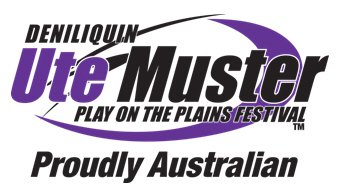 Kasey Chambers confirmed to appear / The Mavericks to close the show

It is with much regret that Jimmy Barnes has had to cancel his appearance at the Deni Ute Muster on Saturday, 4 October due to ongoing health problems.

Jimmy Barnes has been in hospital for the past few weeks after suffering further complications and setbacks as a result of elective back surgery.  Despite all hope and assurances given that he would be well enough to appear, it is now clear that this will not be the case and his doctors have ordered complete bed rest and organisers wish him a speedy recovery.

Jimmy said today “I’m so sorry, Musterers.  I’ve been hoping and doing everything I can to get myself well enough to join you next weekend but it’s taking longer to bounce back than we thought and I’ve had to pull out under doc’s orders.  The Deni Ute Muster is one of the great Australian events and to miss out on their 16th anniversary is heartbreaking for us all.  Sending special thanks to our friend for stepping in for us at such short notice – Thanks Kasey!”

Having just announced a national tour starting in November, and released her 10th studio album, Bittersweet, Australia’s much loved and Award winning Queen of Country, Kasey Chambers, is returning to the Muster stage and we couldn’t be happier.  Kasey said today “Sorry that Jimmy can’t make the Deni Ute Muster due to doctor’s orders but I’m happy to be stepping in to fill those mighty shoes on Saturday night… I’ve always loved playing at Deni and can’t wait to get that chance again this weekend. Will have to brush up on my Barnsey songs tho …. eek!! Get well Jimmy!”

The Deni Ute Muster is an iconic “bucket list” event for all Australians and with less than a week to go, there’ll be plenty of men, women and kids, and their utes, descending on Deniliquin for the 2014 instalment of the “Muster”.

With only 5 days left until the Deni Ute Muster kicks off its 16th birthday celebrations, the set-up is well and truly underway with Mack the Transporter and Lightning McQueen – two of the stars of the incredibly popular Disney-Pixar animated films Cars and Cars 2 – and the hugely anticipated, record-breaking, supercharged Holden GTS Maloo (declared as the WORLD’s FASTEST UTE) already on their way to Deniliquin.

Also on its way is the 1,000 horsepower JCB GT, a unique ‘one-off’ machine powered by a supercharged Chevrolet V8 big block engine and equipped with a belt driven supercharger and pair of four barrelled Holley carbs.  The JCB GT will be operated by “The Dig”, the nickname given to JCB Demonstrator Matt Lucas who has travelled with the GT from the UK.

The JCB GT will be joined in the Arena by the JCB Dancing Diggers, whose stunning acrobatics have become a YouTube hit.

These exciting drawcards are only part of the popular attractions on tap at the 2014 Deni Ute Muster.

Over the two days fans will be treated to the Bull Ride Spectacular, The Australian National Circle Work Championships, Yarn Bombing a Ute, the Ute Museum, Holden Grunt Off, Holden Barrel Race, Show ‘n’ Shine, Carnivale Corner, the World Record Blue Singlet challenge, helicopter rides, the mechanical bucking bull, woodchop demonstrations and Whip Cracking Championships and many more attractions setting the scene for what will undoubtedly be one hell of a Muster!!

Muster MC’s, The Sunny Cowgirls will also take to the main stage on Saturday afternoon for their own performance that will certainly be one to watch.  We also welcome back AFL Legend Billy Brownless, five time Olympic Medallist Melanie Schlanger and Olympic Swimmer Chris Wright as official Deni Ute Muster ambassadors at this year’s festival.

The 2014 Deni Ute Muster is proudly supported by the NSW Government through its tourism and major events agency, Destination NSW.

Tickets are on sale now and available at www.deniutemuster.com.au