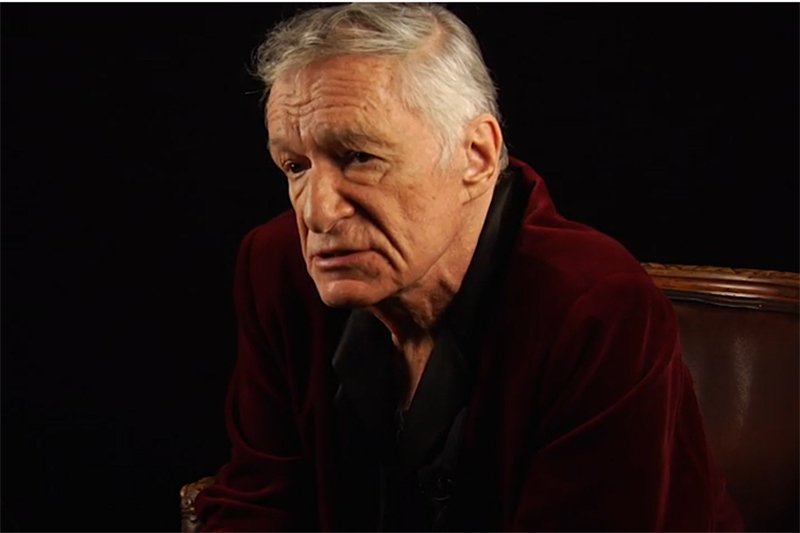 Hugh M Hefner, the founder and Editor in Chief of America’s iconic (and Heritage listed) magazine, Playboy, passed away at his mansion today aged 91.

Hef has been known for being a catalyst for change in America’s attitudes towards sex and sexual imagery, as well as an entrepreneur who, by his own admission, embarked on an ambitious `labour of love’ that lasted his entire life.

Above all else, he was certainly connected to the spirit of the times he lived in, with a finger on the pulse of his society that fed an uncanny sense of timing in his ventures. The release of `The Pill’ meant that women finally had their sexual liberation and Playboy was there to be their showcase platform. Hugh’s empire grew as America’s attitudes changed and a recreational sexual lifestyle was embraced. Soon the world followed and the brand became the largest in the world.

There were many opponents at this time to challenge the validity of Hef’s Playboy and it’s claim to be the best magazine in the world and biggest brand. These were inevitably competitors who essentially copied the magazine and wanted a piece of Hef’s world, but also technology that allowed access to Playboy material via easier free methods. The internet made available images for free that were previously in the magazine, but also allowed a more hard core pornographic world to emerge that added sound and video to the experience making the still images now seem old fashioned. Of course Playboy has never been about nor ever crossed over into the world of hard core pornography, however despite this delineation, it was clear the world was changing. Together with the Aids epidemic, it seemed the Playboy lifestyle was in quite a challenge.

Hugh’s daughter Christie, who had been studying business and marketing, had stepped in as the magazines CEO and immediately demonstrated the same entrepreneurial flair and connection to the times as her father had.

She embraced the internet and established a strong Playboy presence whilst also changing the business model so that their core business was about licensing rather than the magazine itself. Later the magazine would in fact be outsourced completely, however for now, the merchandising and promotional world had access to the Playboy bunny logo to use for their own sales – for a fee of course!

In 2008, Hugh sat with The New York Times for the interview released today in memory of the great icon. In this video, Hugh is quite candid about his personal life, his vision for the magazine and some of the challenges he faced along the way.

Although almost a decade has passed since the interview, the inspiration for the magazine and the drive behind it remains the same. Of course the man behind it, Hugh M Hefner remains the same as always.

#RIPHef and deepest condolences to the Playboy family.

All dolled up and dressed down in sexy black lingerie is Canadian model, Halley Madiison. This beautiful international model is […]

Pic of the Day; Natalia Andreeva Features in Edition 86 – The Northern Spring Edition