Star McLaren recruit Fraser Ross will return to Australian GT in season 2019 with a new mount and a new team. Unveiled today in the McLaren Melbourne showroom, it was revealed that Ross would join the newly-launched McLaren customer team 59Racing for a full season campaign in the stunning new McLaren 720S GT3.

Featuring a livery that highlights the iconic colours of McLaren, hsy, Opti-Coat and Mobil 1, Ross will join the grid for the season opening Australian Grand Prix in his third year with McLaren after successfully campaigning the 650S GT3 across the last two seasons, a program which saw victory in the 2017 season finale before a string of podiums last year on his way to fourth in the championship.

The 2019 CAMS Australian GT Championship will begin once again on the streets of Melbourne where Ross will debut the new McLaren 720S GT3, a much anticipated release for the new season, Ross giving the car its race debut in customer hands.

With pole a pole position and two podium finishes on the Albert Park circuit 12-months ago, Ross is excited by the opportunity the car brings, especially off the back of a strong test in France late last year.

“I cannot wait to be back out on track for the new season, and I am really proud to confirm that I am joining 59Racing for the 2019 season,” Ross confirmed.

“I’m really looking forward to seeing what the 720S GT3 can do around Albert Park. The event always has a fantastic atmosphere, and I feel really honoured to be part of the team that will race the new McLaren for the first time.”

“It has seemed like a long off-season break getting everything in place for the start of the year, and I feel that the whole team is in a really good place as we make the final preparations for the opening round. The car looks great in the iconic McLaren Orange, and I am really pleased to be working with my new sponsors hsy and Mobil 1 for the season ahead, and to continue the relationship with Opti-coat.

59 has become synonymous with McLaren in recent years, reflecting the race number of the mighty McLaren F1 GTR that secured the famous outright victory in the 1995 24 Hours of Le Mans, and the team are hoping that association can inspire even more success through 59Racing who will field not one, but two cars this year, with the addition of a McLaren 570S GT4 to the team to do battle across the coming season.

Ross was fortunate enough to test with McLaren on France’s Paul Ricard circuit late last year, which only heightened the Melbourne-based driver’s anticipation of what is to come in the season ahead.

“We tested with McLaren at Paul Ricard, and the car was already in a good place technically and performance-wise. Over the course of the laps I had in the car, it felt really well balanced. I know the team has worked hard over the [northern] winter on its development, and we saw some of its potential during its debut at the Gulf 12 Hour. It is going to be an exciting year!”

Ross and the 59Racing team will get their first laps of the Albert Park circuit in just seven days time for qualifying and the first of four 25-minute races across all four days of competition, with plans to shake down the new car at Winton Motor Raceway on Monday in the leadup to next week’s season opener. 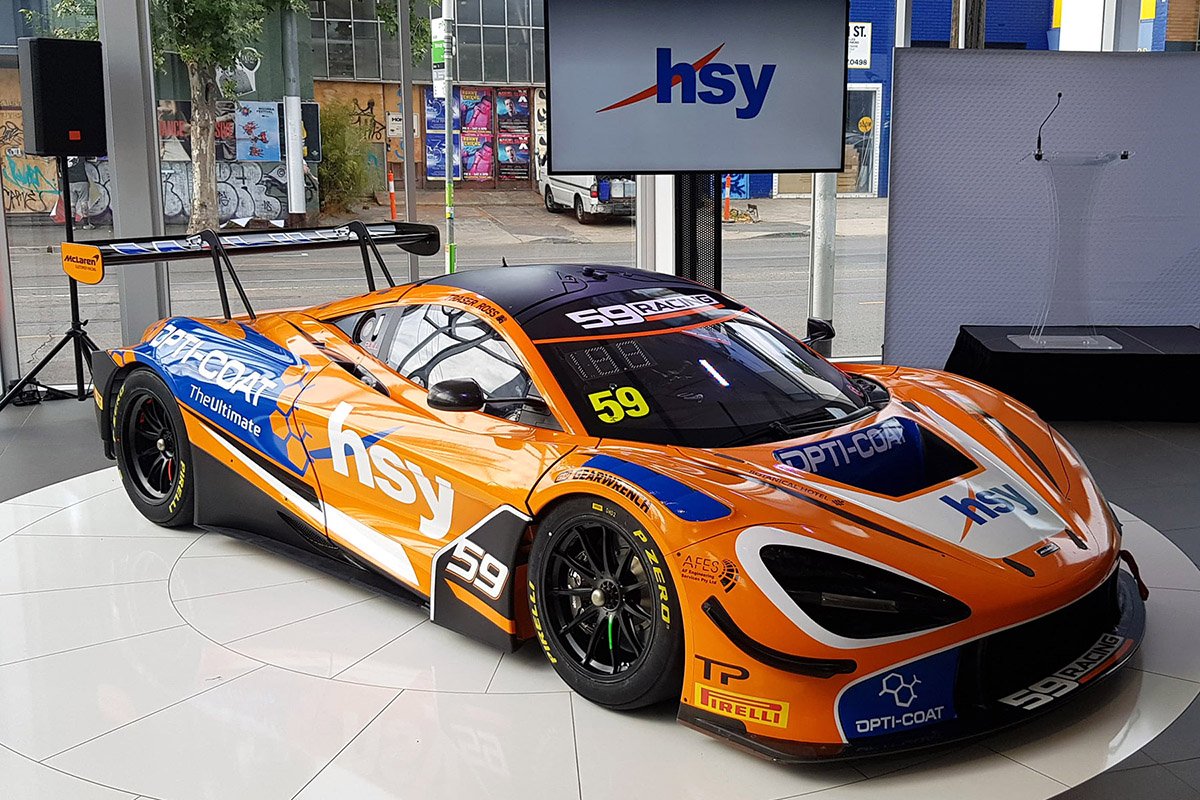 Having claimed second position outright in the GT4 category in his maiden season of the CAMS Australian GT Championship, David […]

Solid start for Whincup and Shahin in practice at The Bend