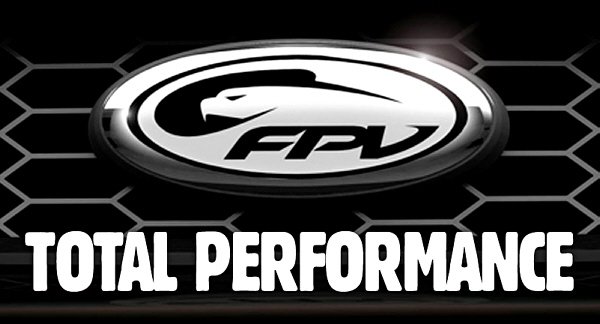 Out of respect for past Australian developed Ford GTs and their racetrack honed heritage, the design and engineering team involved in the FPV project chose to opt for a simple “F” for “Final” designation for the GT sedan.

The individually numbered new-edition sedan will be limited to just 550 units (500 in Australia and 50 for New Zealand).

Alongside the GT F, a refreshed FPV ute will also be released. Ford is building 120 high-performance V8 Pursuit utes.

“Developing this FPV sedan and ute has been a project of passion, a combined effort by many dedicated and passionate Ford engineering staff and suppliers to produce a model that celebrates the FPV brand for our customers and fans,” Bob Graziano, President and CEO of Ford Australia.

“The entire team has worked tirelessly to develop a GT that will forever pay homage to the FPV brand and celebrate its iconic status among enthusiasts.”

The FPV GT option of Brembo 6-piston front and 4 piston rear brakes will be standard on the GT F.

Visually the Ford design team, led by Nick Eterovic, Ford Australia Design Manager, has delivered a bold and expressive GT F that can trace some of its visual cues to past Australian Ford GTs. The GT F is a bold design that is technical, capable and muscular, which plays on the iconic elements that characterise FPV.

“We knew we had to celebrate an icon so some of the visual design cues can trace their heritage back to the Ford GTs of the 1970s,” Eterovic said. “There is a true sense of history and celebration with this car but we wanted to make sure that we retained the most exciting elements of the current FPV range, while modernising the design and adding fresh elements to the GT F.”

The team has developed a ‘stealth’ stripe design package that is evocative of the blacked-out highlights from Ford muscle cars of the 70s complimented by distinctive GT F badging.

The GT F will feature standard matte black stripes across all colours, plus a performance white option on Kinetic only and metallic gold available on Silhouette. Silver stripe options will be available on Smoke and Silhouette.

Eterovic said the designers chose a palette of body colour and stripe variations that delivered a set of very strong and targeted combinations, from bold and modern with black on white, through the tone-on-tone elegance of silver on Smoke, to a sense of history with the gold on black.

The interior ambience has been updated to emphasis richer, darker tones and more lustrous finishes appropriate for the GT F.

Specifically, Ford designers have crafted an appropriate level of exclusivity within the cabin with premium stitching and embroidery on the partial leather sports seats and highlights on the interior trim.

A high series audio and centre console, usually a premium offering of the GT E, has been included as has a new gear knob cover and dash spear while a GT F-branded build number complete the interior changes.

“The GT F is a celebration of the GT and of Ford’s history in Australia and our dedicated team have made sure this vehicle can stand proudly beside any GT products of the past – and any Ford performance vehicles in future,” Graziano said. “These passionate staff will continue to design Ford vehicles into the future as part of Ford’s 1100 strong design and engineering base in Australia.”

The new look Pursuit Ute will feature the design cues of the GT F including the unique stripe package and will be limited to just 120 units.

The Pursuit Ute will feature a GT front bar, F6 sideskirts and GT wheels and will be available in the same colour palette and stripe package options as the GT F.

As per the previous Pursuit Ute, launched alongside the GT RSPEC, the newest Pursuit will continue to carry the standard features of the GS Ute with a number of additional extras, creating exceptional value for money for customers.

Over and above the standard features of a GS Ute, the Pursuit Ute includes:

The complete GT F sedan specifications will be released closer to launch. The limited-edition Pursuit Ute will continue to be powered by the impressive all-aluminium supercharged 5.0-litre V8 engine, which produces 315 kW of power at 5,750 rpm and 545 Nm of torque @ 2,000 – 5,500 rpm.

Falcon GT-F sells out before it has even been released. Before lifting a single veil on the new “Final” GT model, […]