Falcon GT-F sells out before it has even been released.

Before lifting a single veil on the new “Final” GT model, FPV have sold out all 500 Falcon GT-F sedans!

In what has to be the greatest irony of the automotive industry, dealers and car buying enthusiasts are pleading Ford Performance Vehicles for more to be released – before the first one has even been made!

Had this level of buying enthusiasm been present for the previous model, or the one before that, or even the final TS50 in the  glory performance days of Tickford, Ford would not have to talk about a final model, let alone release one!

But that of course is the nature of final models and the motor enthusiasts are obviously expecting these cars to appreciate in value.

Ford’s official numbers are 500 GT-F’s for Australia, a further 50 for New Zealand and 120 Special Edition Pursuit Utes. Dealers are saying that Ford hasn’t planned to build enough and that they should double that number across both countries.

Dealers say that the vehicles are being sold at the full price of $AUD77,990 easily as they are being `snapped up’.

“They are all going out at full price,” said a Sydney Ford dealer. “There is not a dollar coming off these cars because someone else will snap it up.”

It seems that the manuals were the hottest to go.

“All the manuals were first to go,” said the Ford dealer. “If you wanted one after that, you had to take an automatic and not be picky with colour.”

Perhaps a slightly incorrect comment from the dealer however, as official Ford reps are saying that there is still the opportunity for buyers to change the order to the manual. There will also be five colour variants available, including as expected, two exclusive signature GT-F colours – a typical Ford blue and a gun-metal grey. All cars will come with a unique GT sticker pack specific to all GT Series.

The official photos of the Falcon GT are due in June together with the details and the unveiling of the car. What has already been confirmed by Ford though, is that the GT-F will wear the 351 badge, referring to the 351 kilowatts of power delivered by the Supercharged 5.0 ltr Miami engine. This is the closest that Ford has come to paying homage to the iconic Falcon GT-HO which dominated 70’s motorsport in Australia.

Ford also confirmed that the GT-F will inherit largely from the limited edition R-Spec version of the Falcon GT released a year and a half ago with the current 335Kw FG GT-P model.

To date, Ford has not confirmed whether the GT-F will follow the routine line-up option packs of Premium and Standard options. It is expected however, that all 500 cars destined for Australia will be the Premium model. 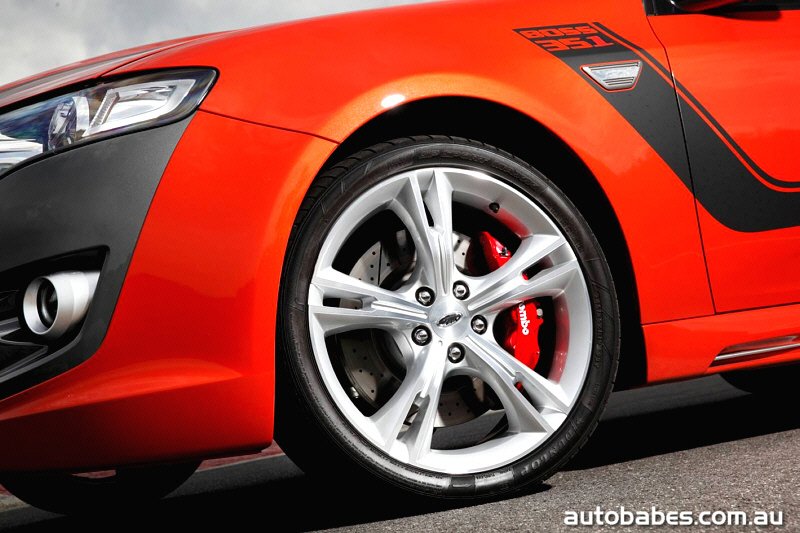 Massive Smash at Winton for the Touring Car Masters

The Making of the 2015 Ford Mustang – Full Video Series