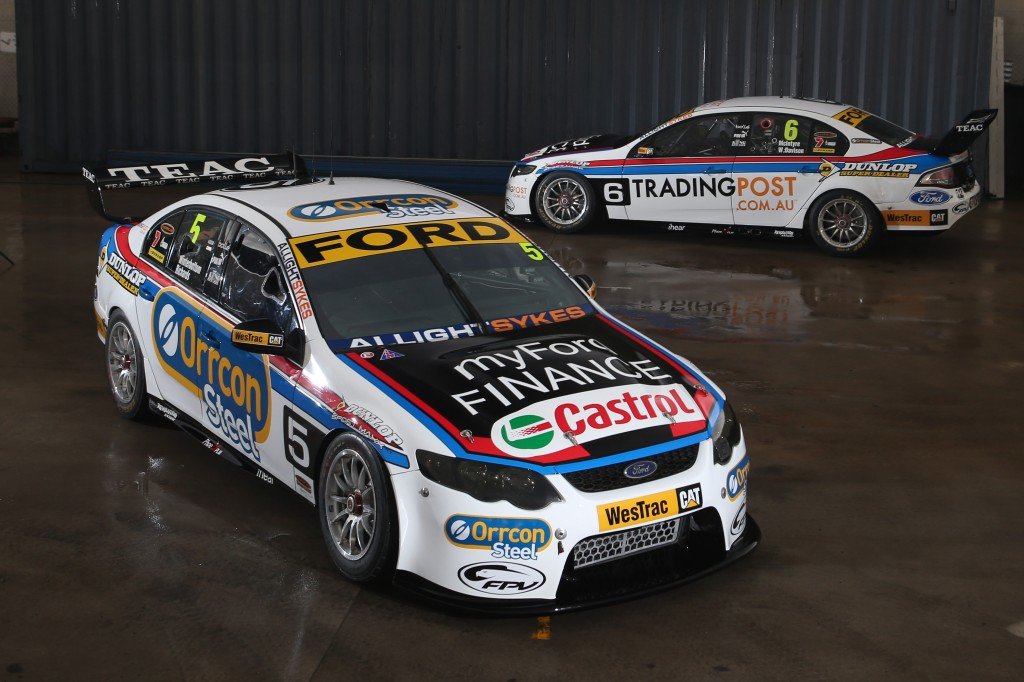 Ford Performance Racing is paying homage to arguably the Blue Oval’s greatest triumph at Bathurst during this year’s 50th anniversary of the great race.
The factory Ford team is running its cars in the same colours as the famous 1977 1-2 finish by Allan Moffat and Colin Bond for this year’s 1000-kilometre race at Mount Panorama.

The Falcons of Mark Winterbottom and Will Davison and co-drivers Steve Richards and John McIntyre will wear the white and black colours that Moffat, Bond and co-drivers Jacky Ickx and Alan Hamilton etched into the memories of Australian motorsport fans with their formation finish.

FPR’s four drivers are honoured to be running the special livery which has the blessing of Moffat.

“The passion of our sport really comes to a head at Bathurst every single year, though perhaps never more so than this year with the 50th anniversary celebrations and what we as a team are doing,” 2009 race winner Davison said.

“It’s an honour to go there as a factory Ford driver racing with the colours from arguably the company’s greatest moment. Our cars look amazing and I think we’ve really done justice to the 1977 team.

“We are going to Bathurst to hopefully replicate that moment for all our die hard Ford fans. There would be nothing better than to repeat that famous 1-2 finish this year with Frosty, Richo and Johnny Mac.”

The XC Falcons of the Moffat Ford Dealers team finished a lap clear of the opposition and crossed the line side-by-side in what has become one of the most iconic moments in the race’s history.

“Every fan of our sport knows that 1977 finish and Ford fans see it as our biggest ever triumph so to be driving in the 50th anniversary Bathurst 1000 in that very livery is a special thing,” Mark Winterbottom said.

“The team has done an amazing job to accurately recreate the colour scheme and I think all V8 Supercar fans, Ford and Holden alike, will appreciate it.”

The team’s garage has also been given a makeover with new walling which carries the names of many of Ford’s past Bathurst winners plus a unique reflective design of the current car against the 1977 race winner.

FPR’s sister team, The Bottle-O Racing Team, is also joining in on the retro livery theme and has recreated the paint scheme of the 1967 race-winning Falcon of Harry Firth and Fred Gibson.

The team has an exact colour-match of the green livery, even going to the extent of hand-painting the logos onto the car.