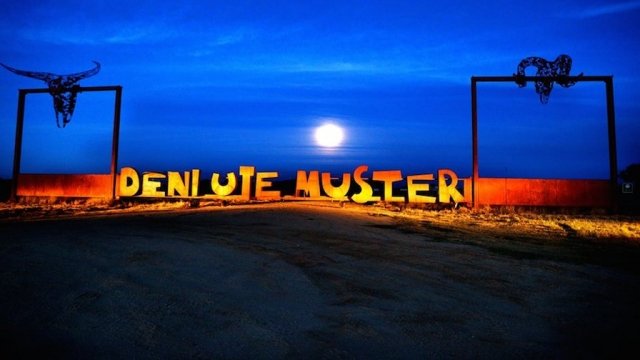 Celebrating our 18th year with the biggest Muster yet!

With just 4 weeks until the camp grounds open and the fun begins, the Deni Ute Muster reaffirms itself as the October long weekend’s ultimate bucket-list destination for music, utes and the AFL Grand Final with over 100 separate on-site attractions for all the family to enjoy.

Officially kicking off on AFL Grand Final eve, the world record Deni Ute Muster will be opening the camping grounds from noon Thursday so ticket holders have an extra night on the Plains and wake up on site ready for the day’s entertainment, which will include a very special breakfast event in the main arena which the organisers will be announcing shortly.

The Deni Ute Muster is also thrilled that they are a finalist for Australia’s Favourite Event at the Australian Event Awards and Muster fans can cast their vote now at www.eventawards.com.au/vote4deniutemuster2015.

The little ones will also be taken care of in Carnival Corner and the Family Centre, sponsored by Decentralised Demountables.

Across the weekend adventurous visitors will be able to “see the world from a different angle” with the Isuzu Ute Iron Summit – the steepest 4WD Ramp in the World!

Friday also includes the Milwaukee Tradie Challenge, proudly sponsored by Milwaukee Tools Australia, where tradies go head to head in the ultimate show of skill, design, innovation and good-old-fashioned Aussie ingenuity by building their very own Tradie Tavern, live in the main arena.

Kate Pitt, Deni Ute Muster General Manager said today “There is nothing like the Deni Ute Muster and nothing like what we have planned for our 18th birthday, from Keith Urban to Kitty Hawks, from a circus to a ute summit, with the biggest screens outside of Melbourne to view the footy, two world records up for grabs and just about everything in between. Come and Muster and have the best weekend of your life!”

NSW Minister for Trade, Tourism and Major Events Stuart Ayres said the Deni Ute Muster is one of the country’s premier regional events.

“The NSW Government is proud to support this iconic Australian event which promises a stellar line-up of world-class performances,” Mr Ayres said.

“We look forward to showcasing this region to a global audience and welcoming visitors to Deniliquin later this month for a fantastic Regional NSW experience supported by our tourism and major events agency, Destination NSW.”

The Deni Ute Muster is on almost every local and international bucket list and with more music, friendship, fun and utes than you can cram into your average long weekend, our Australian Made celebration will be one to remember for a lifetime so don’t miss out – get your tickets today before the prices rise on 16 September.

Photos and bios of the artists can be downloaded here (main stage) and here (day stage). Event images are also available to download here.

Tickets are on sale NOW and available at www.deniutemuster.com.au