The Dainty Group, which includes TEG Dainty and TEG Live, and who are also one of Australia’s largest promoters has announced overnight that they are bringing a huge Australian bushfire relief show to Sydney’s ANZ Stadium.

Known as the “Fire Fight Australia Benefit” , the concert will take place at ANZ Stadium on 16 February.

They have also teased the lineup with the statement “a stellar line-up of major international and local artists” and in fact it is rumoured that Queen will headline!

“This national initiative will raise money for relief from the bushfires that continue to devastate communities and challenge emergency services in rural and regional Australia,” said TEG.

“This is a major musical event which will see globally renowned artists from Australia and around the world come together to perform and show solidarity with people whose lives have been disrupted by the bushfires.”

The Musicians & Comics who are donating to the Bushfire Relief efforts currently include;

“I am totally devastated watching what is happening in Australia right now with the horrific bushfires. I am pledging a donation of $500,000 directly to the local fire services that are battling so hard on the frontlines. My heart goes out to our friends and family in Oz.”

Thanks to coordination efforts by Celeste Barber, the comedian has raised, at the time of writing, almost $35 million for fire services across New South Wales, Victoria and SA, as well as to wildlife care, the families of people who’ve lost their lives in the bushfires, and the Red Cross.

“Our family’s support, thoughts and prayers are with everyone affected by the fires all over Australia. We are donating $500,000 to the Rural Fire Services who are all doing and giving so much right now.”

“The Rural Fire Service and their volunteers are absolute heroes, and we want to do what we can to help them out, so 100% of all sales from this merch until it’s all sold out will go to the RFS and people in need.”

The concert will run from 3pm to 10pm; keep an eye on theGuide for more details as they emerge. 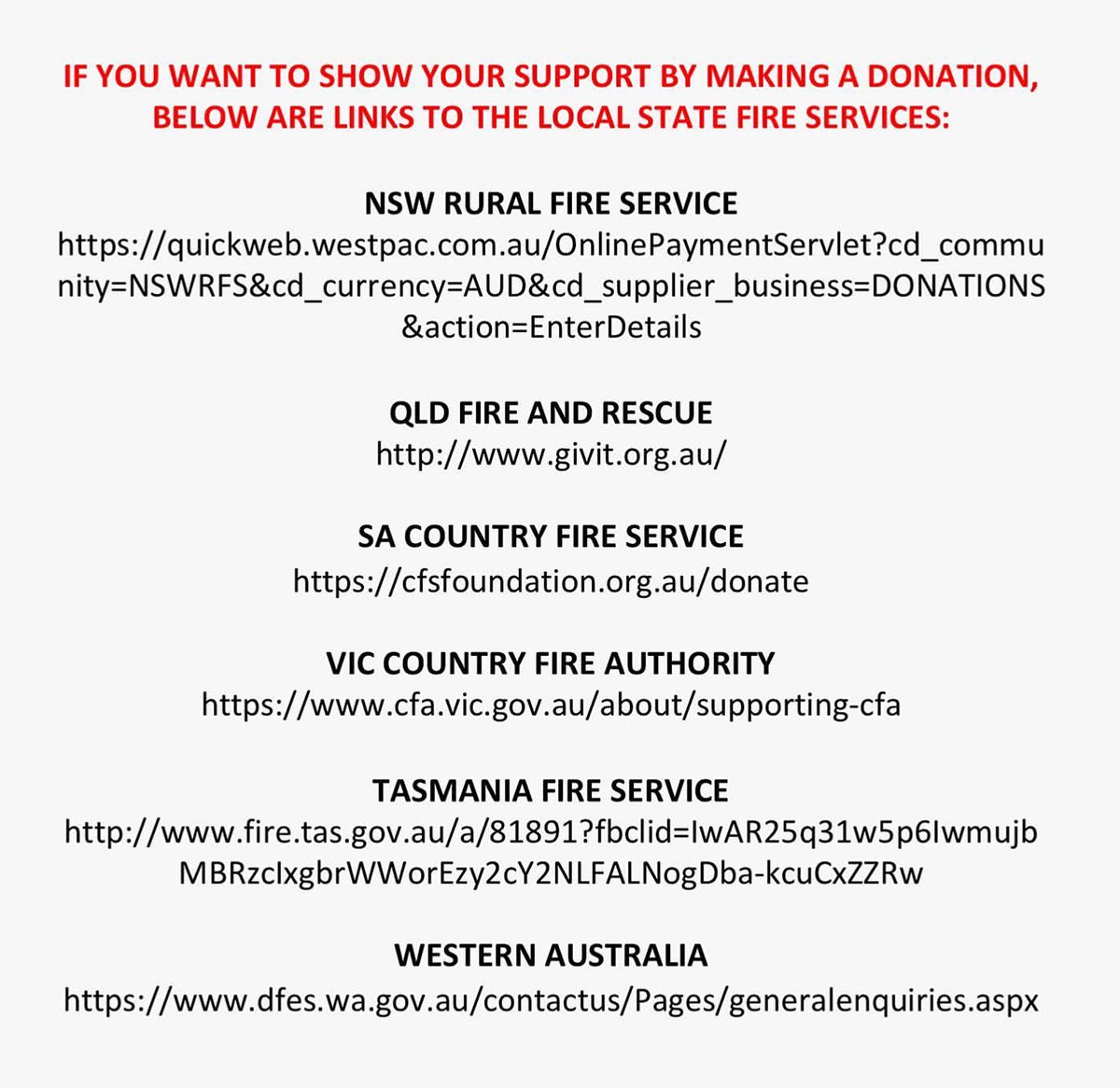