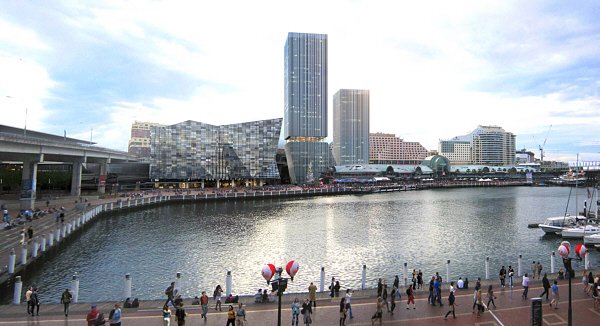 The Destination Sydney consortium, comprising AEG Ogden, Lend Lease, Capella Capital and Spotless Facilities Services, has been announced by the New South Wales Government as its preferred developer of the new, integrated convention, exhibition and entertainment precinct at Darling Harbour.

AEG Ogden, the leading venue manager in the Asia Pacific region, will be the operator of the (AUD) $1.1 billion facility to be known as the International Convention Centre Sydney (ICC Sydney).

Welcoming today’s announcement, AEG Ogden Chairman and CEO Harvey Lister commended the NSW Government’s vision to create a world-class, integrated facility that will ensure Sydney is a leading player in the business and events industries well into the 21st century.

“AEG Ogden is privileged and excited by the opportunity to work with Government and industry in ensuring the venue is a key contributor to economic growth in Sydney.

“ICC Sydney is destined to be a showcase international venue in one of the world’s leading cities and is a welcome addition to the AEG Ogden family of award winning venues in Australia, Asia and the Middle East,” Mr Lister said.

AEG Ogden’s Director of Convention Centres, Geoff Donaghy said the new venue, featuring waterfront facilities in a prime CBD location, would position Sydney as one of the world’s most desirable meeting destinations.

“Utilising our international operational and marketing experience and our global venue network, we plan on taking the meeting and events business to a new level through ICC Sydney,” he said.

Mr Donaghy, who will also assume the role as Chief Executive Officer of the new venue’s management company, said the ICC Sydney would include:

Destination Sydney will assume full responsibility of the project and site in December 2013 when construction of the new facility commences. The ICC Sydney will replace the existing Sydney Convention and Exhibition Centre.

The ICC Sydney is due for completion in December 2016. Up to 1,600 jobs will be created in the construction period.

AEG Ogden is a joint venture between Australian interests and AEG Facilities of the United States.

Source: SkyNews.com.au Teagan Martin from NSW has been crowned Miss Universe Australia. It is the third time lucky for the […]

Pic of the Day ; Samantha Lee appears in Edition 52