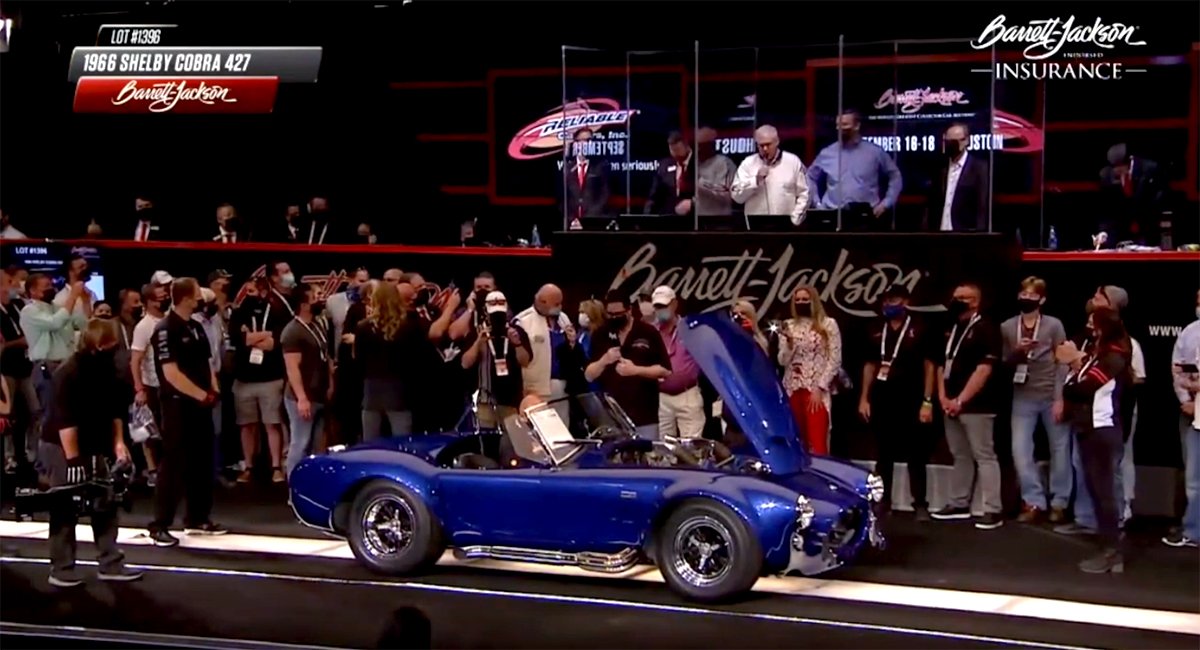 Powered by a 427ci V8 engine with two Paxton superchargers and an automatic transmission, this is one of 23 427 competition roadsters built.

On September 7, 1965, CSX 3015 was shipped and invoiced to Ford Advanced Vehicles, England, as a 427 Cobra Competition roadster for a European promotional tour.

It returned from Europe in late 1966 still as a 427 Cobra Competition.

Sometime early to mid-1967, CSX 3015 was transformed into the Super Snake and reclassified as 427 Cobra Semi-Competition (SC).

The reason was quite simple: a 427 Cobra Competition didn’t have mufflers, windshield, bumpers, etc. It was a race car only and not street legal. Although many SCs were raced and never saw a public road, all 427 Cobra SCs had titles and were legal to drive on public roads. 427 competition and SC Cobras have different hips and noses.

Shelby American later sold it to S&C Motors in San Francisco, who then sold it to their customer, Tony Maxey. Maxey destroyed himself and CSX 3303 by driving off a cliff and into the Pacific Ocean. After thorough inspection when CSX 3015 arrived home, which included comparing it to other competition Cobras, it was determined CSX 3015 is a full Competition Roadster, still retaining its original body with its 1967 aluminum Super Snake hood.

The envy of the neighborhood! Powered by the original matching-numbers 428ci V8 engine, this pristine 1968 Shelby GT500KR sold for […]