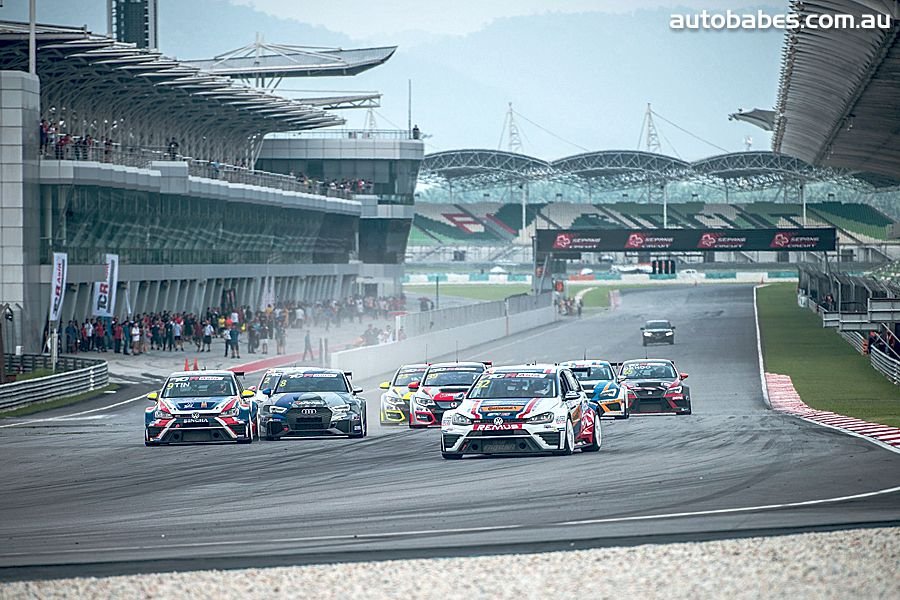 After a successful start of the season, Liqui Moly Team Engstler once again proves that the spirit of competition and teamwork is strong within the team and its sponsors before the start of the Zhuhai rounds of the TCR Asia Series this weekend.

Liqui Moly Team Engstler had a challenging start to the second outing when its container was held up at the port early this week as it arrived in China. This would have been disastrous had it not been for the level of support the team has with its sponsors who stepped up to offer a solution.

“There was a delay in the custom process and coupled with a very strict working procedure, we were not allowed to import any oils, grease, sprays or lubricants into China. When we discussed this issue internally, Liqui Moly China quickly offered a solution and provided us with all the necessary lubricants, oils and car cleaning products to Zhuhai in time for the race weekend” said Kurt Treml, Sport & Marketing Director of Liqui Moly Team Engstler.

“Without them we would have issues trying to organise everything in time for the race. They stepped up and took that whole worry off our hands and we are so thankful and proud to be associated with Liqui Moly China. Their support for the team, thoughtfulness and quick response meant that our weekend will go on and make us push harder to give them the best results we can”, continued Treml.

Not only have they provided the team with products, they will also make their presence felt this weekend when a group of 280 of Liqui Moly ‘fans’, in the form of dealers and clients, turn up for the event to root for the Liqui Moly Team Engstler and drivers for Rounds 3-4.

“It will be the first time for both Kusiri and Moran at the Zhuhai International Circuit, but they are both very fast learners and I am sure they will be able to push through the weekend well” added Treml.

The team also received a special package from sponsors, Hella Pagid, who delivered the latest specs of brake pads that was specially developed for tracks like Zhuhai.

“It will be interesting and we will be using them during our test session today to see the result.

“Both our drivers are still in high spirits from the fantastic first outing and they will do their best to defend the lead we have in the Championship but the Series will get harder as the competitors are getting stronger and there are more new cars coming in to fight for the title” ended Treml.

Craft-Bamboo Racing have their sights set on the Blancpain GT Series Asia podium in Shanghai this weekend, where they will […]