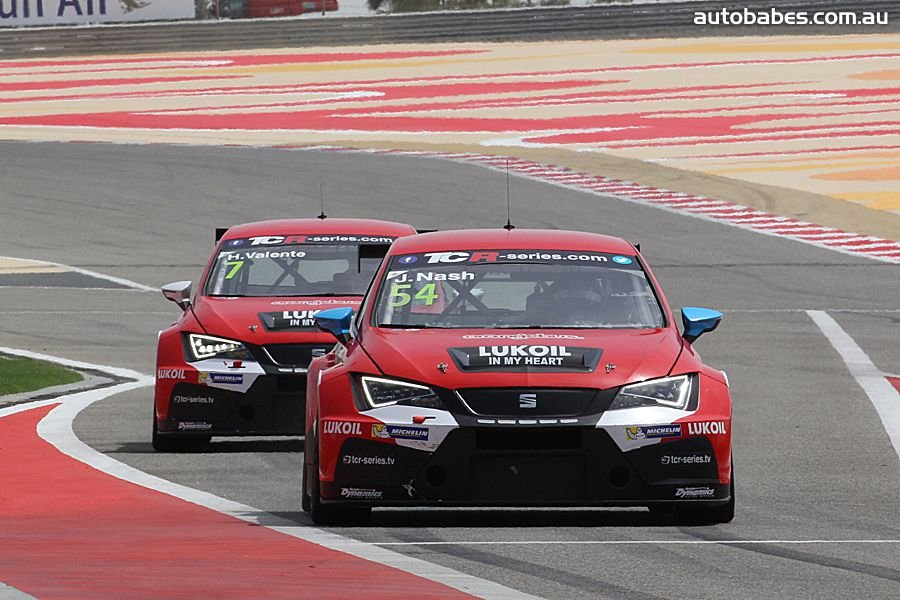 Lukoil Craft-Bamboo Racing scored a hard-fought double podium during round two of the TCR International Series competition in Bahrain that allowed them to take the overall lead in the teams’ championship. Hugo Valente was the man of the weekend, taking podiums in both races during his first time at the Sakhir Circuit. A strong qualifying session allowed the Frenchman to start P2 in race one where he would drive a faultless stint to claim second place. It was his race two performance that was most spectacular though, taking six places to finish once again in P2. His results would catapult him from 13th in the drivers’ championship up to sixth place where he is now firmly in the running for the title. James Nash had a strong weekend in the points, finishing race one in P7 after some big battles before going on to score his first podium of the season in race two after starting from fourth on the grid. Nash now sits eighth in the standings and has succesfully gotten his championship campaign underway. Pepe Oriola had a challenging weekend in Bahrain, the two-time winner did a fantastic job to fight back from P12 on the grid and finish P6 in race one and P7 in race two. His performance allowed him to take home valuable points that have kept him at the sharp end of the drivers’ standings where he now sits in fourth place.

Thanks to M. Homola’s engine change penalty, Hugo Valente would lead the Lukoil Craft-Bamboo Racing charge from P2 on the grid. He made a good start but briefly slipped into third place before quickly reclaiming the position and beginning his march to the finish. The 24-year-old then kept out of trouble and focused on securing his place on the podium by managing his pace and tyres to the chequered flag where he would finish P2. James Nash began his Bahrain challenge from P6 and immediately became locked in a midfield battle for position. Nash would run most of the nine-lap race in P6, battling with D. Borkovic and J.K Vernay before a penultimate lap fight with Oriola would see him cross the line in P7. Oriola made a great start and took three places within the first two laps, proving he had the pace to challenge for vital championship points. The Spaniard continued his climb up the order, taking P8 from F. Ficza before closing in on teammate, Nash. With nine minutes remaining, Oriola had to work hard to close in on his teammate but managed to get within reach on the penultimate lap and make a smooth pass up the inside to secure a P6 finish.

It was James Nash’s turn to kick off the team’s race two challenge and he made a good start from P4, maintaining his position into the first corner before beginning his attack. Nash was on a mission and produced some brilliant overtaking maneuvers to snatch P2 by the end of the first lap. Hugo Valente also made a great start, carving his way up the grid to pass six cars by the third lap and slot in behind his teammate in what was an awesome showing of skill and performance. From here Nash and Valente drove flat out for the remainder of the race with expert precision to finish P2 and P3 respectively, both massively kick starting their drivers’ title campaigns. Oriola was determined to break into the championship points and wasn’t going to be stopped from his P12 starting position. The Spaniard made it look easy as he fought through the pack to get himself into P9 by lap two before getting entangled in various battles that would see him swapping positions over the coming laps. Oriola pushed the SEAT Leon to its limit and after some intense wheel to wheel action managed to break back into the top ten with four laps left. With only limited time remaining, Oriola masterfully steered the #74 around the Bahrain circuit to snatch another two places as he crossed the line in P7 to end a hard-fought but championship point filled weekend.

“Very solid weekend for the team to achieve podiums in both races and an excellent point haul for Hugo which kick starts his championship campaign. As I said pre-season, all three drivers will be contenders for the championship this year. It was an unlucky weekend for Pepe, which was always going to be difficult after qualifying but we are in our stride now and looking forward to the next round in Spa. It is very rare that I speak about BoP but there are certainly some issues that need to be resolved. I trust in the organizers to deal with this before the next race.”

“Very happy to score a P2 for race one in my first time around the circuit. It was hard in the sense that I always aim to win the race starting from the front row so I was a bit disappointed with second, but seeing the bigger picture second is still a lot of points. Race two was awesome! It’s exactly what we needed to bounce back from Georgia. It’s a long season and scoring top five results at every race is the key. Congratulations to James as he had a great race two, the team has also done an awesome job all weekend long and we know it wasn’t easy with those crazy high temperatures.”

“Very happy to be properly back in the points this weekend and to have a second-place podium in race two was fantastic for my championship. It was a tough weekend thanks to the high temperatures but the team did a brilliant job to ensure we had a competitive car and I can’t wait to get to Spa to continue the fight.”

“After a less than ideal qualifying I think we did a good job, even in the second race we could do better but we had some problems with the car due to the temperature. It just wasn’t working as well as it could have been. Happy to have finished in the points in both races though and I am still in the fight for the drivers’ championship which is the main thing, so I am hoping for some better luck in Spa.” 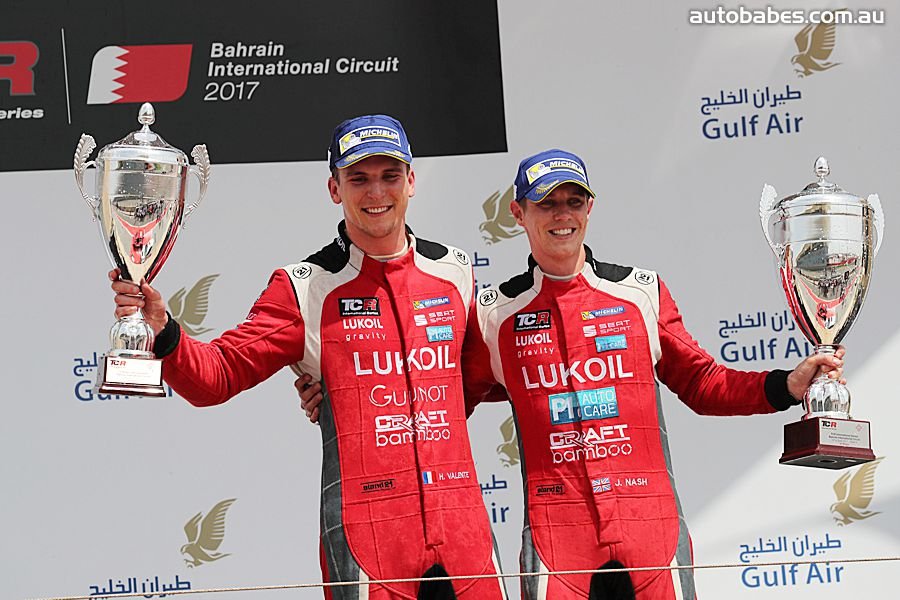