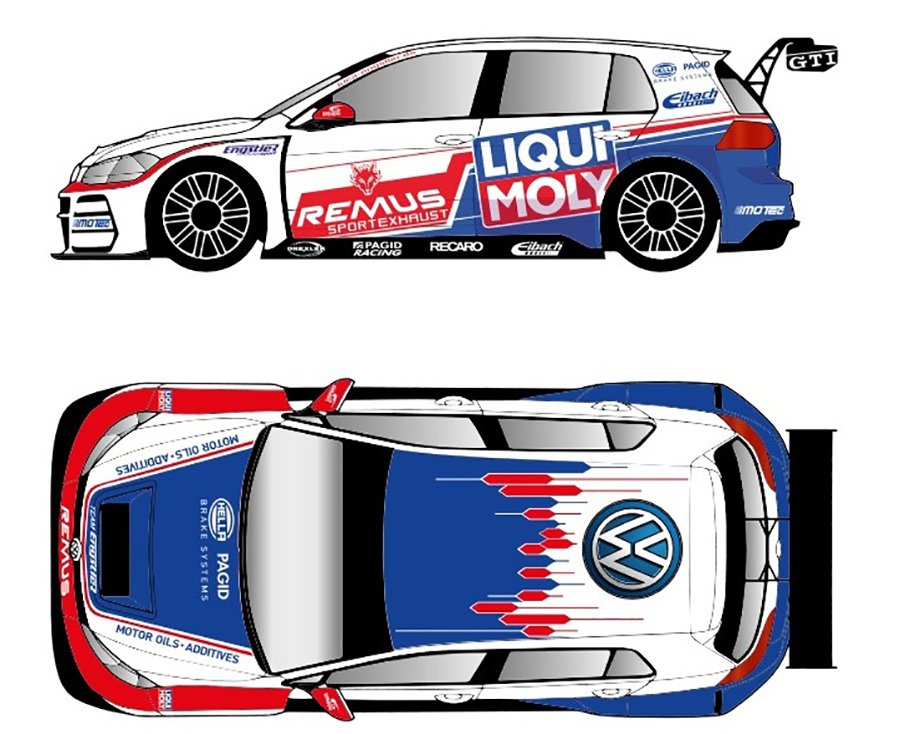 Liqui Moly Team Engstler recently named two of the three drivers that will be competing the TCR Asia 2018 season with the team. Diego Moran, who finished the series in third last year, will once again spearhead the German backed team. The Ecuadorian will partner with a rising star in the touring car scene, Luca Engstler.

The young Engstler, son of Touring Car legend Franz Engstler, will be making his TCR Asia debut on 30th March 2018 at Sepang International Circuit in Malaysia. The 18-year old German, a phenomenal driver who was last year crowned the ADAC TCR Germany 2017 Rookie Champion and the TCR Middle East Series Champion, will get a chance to gain his Asian experience with the Liqui Moly Team Engstler.

Sports & Marketing Director for Engstler Motorsport, Kurt Treml was excited to announce the news. “I am proud that we can involve Luca in the Asian project and especially for young drivers where it is important for them to complete many race kilometres.

“Having Diego as a teammate is an advantage for Luca. Diego already knows the Asian circuits well from 2017 and is an absolute team player. As for Luca, he knows the car well and is highly motivated after the successful Middle East season. It is also great that we do not have any overlap with the ADAC TCR Germany, which eased the decision to race Luca in Asia.”

The LIQUI MOLY Team Engstler plans to launch a third VW Golf GTI TCR in the Asian Championship, with a final decision to be made in the coming days.

“As always, our thanks go to our partners Volkswagen, LIQUI MOLY, Remus and Pagid – who have provided strong support for our projects for years. Of course, our goal is to claim the title again this year, in both the Team and Drivers’ Championships” ended Treml.

Championship leaders back in Zhuhai to defend title lead

Last month’s TCR Asia Series stint at the Zhuhai International Circuit proved to be a hard fought battle, one in […]