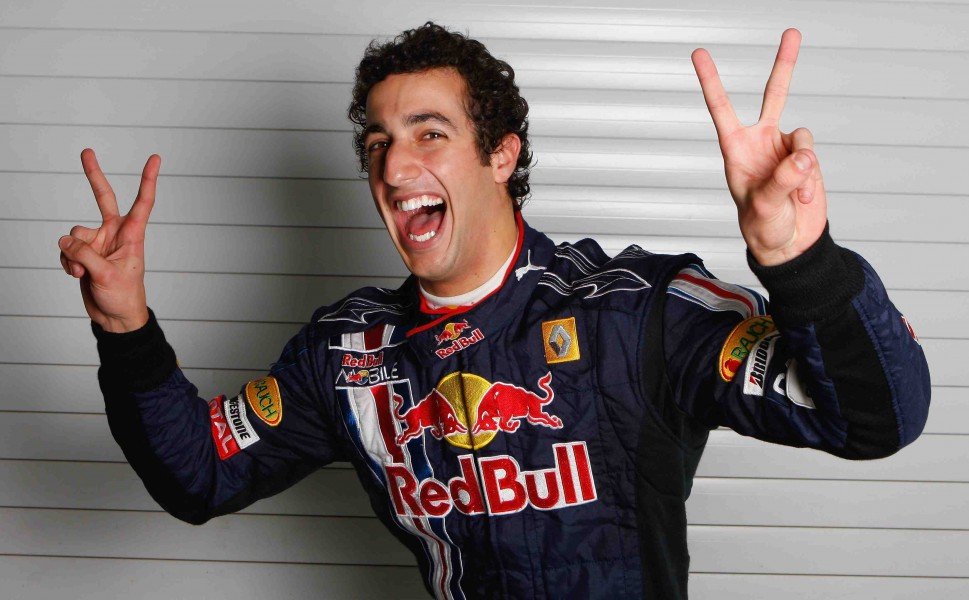 His shoulders may be as broad as his characteristic smile, but Daniel Ricciardo knows he carries the hopes of an entire nation as he heads into the Australian Formula 1 grand prix this weekend !

Most would buckle under that pressure, but the Red Bull driver himself, says he is not yet, and in fact won’t feel any extra pressure in his home country race.

Although largely unknown when he started with Red Bull as No 2 last year behind Sebastian Vettel, Ricciardo finished third over all in the drivers’ championship and had earned the title of lead driver .

There is no doubt that the pressure is mounting though, as Ricciardo has been the focus of very intense media interest since his arrival in Melbourne, although he stands by his earlier comment that this will make little difference and will be forgotten when he hits the Albert Park circuit.

“Once I’m in the car, the helmet’s on… and the engine starts I could be anywhere in the world,” Ricciardo said earlier this week.

“That’s when I’ve got a job to do and I think the pressure gets leveled out no matter where I am”.

“I don’t feel any more pressure than last year, and that was already a pretty big step for me”.

“Coming into a top team everyone was asking questions of me. Can I be up to Seb’s pace? Can I get on the podium? I feel like I answered a lot of those questions”.

“I think I’ve proved what I’m capable of and it’s just a matter of hoping we’ve got the equipment.”

Ricciardo knows he has a good car with the Red Bull-Renault and is pleased with how he has performed in testing. He was carefull to play down his chances of taking out Sunday’s race in the number one spot on podium though.

Mercedes drivers Lewis Hamilton and Nico Rosberg finished well ahead of Ricciardo in first and second place respectively in last year’s championship and he believes they’re still the ones to beat.

“For sure, my car is an improvement, but the thing is everyone improves,” he said.

“It’s really a question of how much have we improved and if we’ve improved enough to close the gap on Mercedes”.

“Testing has shown us that Mercedes are still really strong, I don’t want to be pessimistic at all, but they seem to be the team to beat at the moment”.

“Behind them I think it’s pretty close with us, Ferrari and Williams, I think if we put it all together we can definitely fight for at least that last spot on the podium this weekend and try to apply as much pressure to the Mercs as possible.”

Time will tell as we (and all Australians), wish Daniel Ricciardo the best of luck for the Australian F1GP.