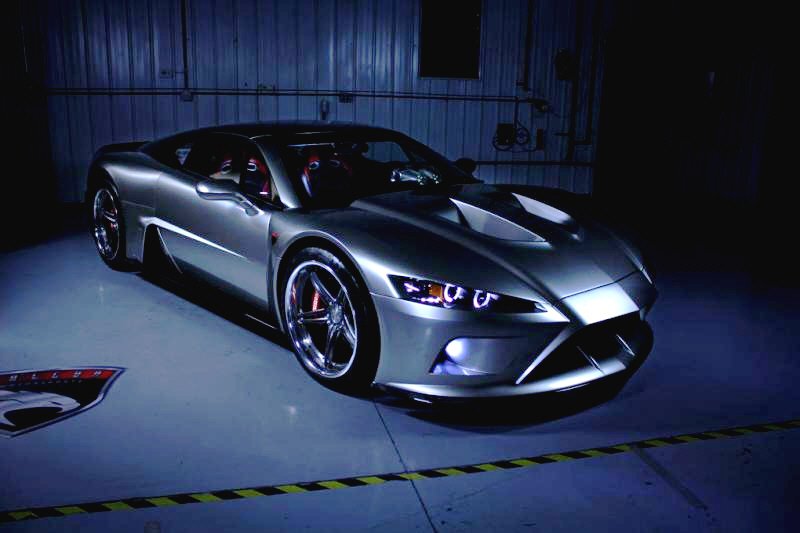 The newest American Supercar, the Falcon F7 made its debut at the 2012 Detroit auto show.

Since then, the start-up Supercar company has been focusing more on sales of the car than further research and development, but has been quiet on the marketing front.

However one was recently was spotted on the roads of Birmingham, Michigan in the USA.  Autoweek.com has released pictures of what it says are happy snaps from one of it’s readers.

The Falcon F7 boasts 620hp from a small block GM motor mounted in the traditional supercar position behind the driver, and a 0 – 100kmh time of 3.3 seconds.

With a weight of just under 1.3 tonne, the car is lighter than most super sports coupe’s and sedans.

The body work of the Falcon F7 also fits the standards of world class supercars, with flared front and rear guards and a massive air intake to feed and cool the naturally aspirated 427ci motor.

You could be forgiven for thinking that the car is inspired by an Aston Martin and Ferrari union, however it does represent a unique car in a tough American market where the Corvette and Viper dominate the supercar market.

We genuinely hope to see more of Falcon Motorsports.

Falcon GT-F sells out before it has even been released. Before lifting a single veil on the new “Final” GT model, […]