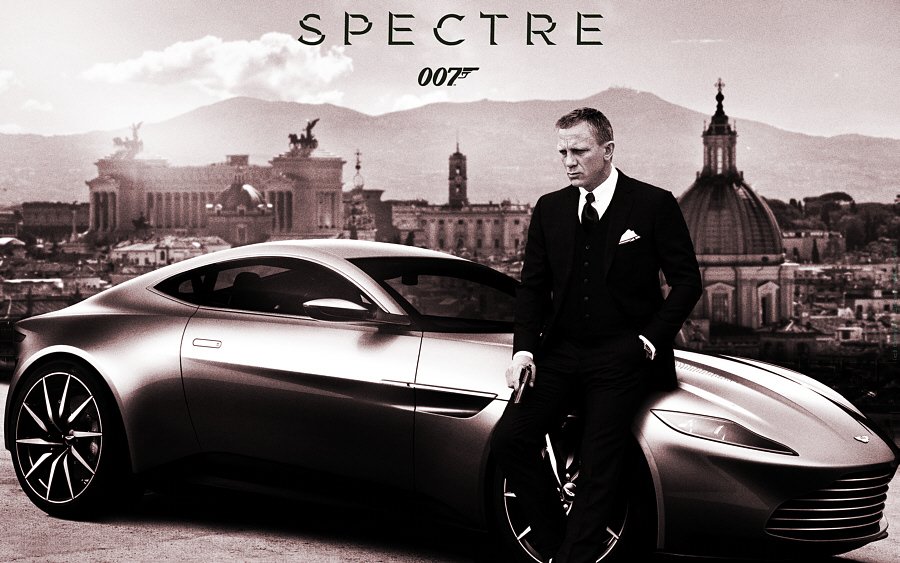 The demonic looking Aston Martin DB10 was revealed some time ago to promote the new James Bond film SPECTRE. However, there is still much excitement over this car that most automotive experts believe will be produced very close to the version used by Bond in the movie.

The actual DB10 car is very much the SuperCar in real life as it appears on the screen, prompting speculation that even more of the super-spy styling will make it to a full series production line. Sam Mendes, the director of the new SPECTRE movie, worked very closely with Aston Martin Chief Creative Officer Marek Reichman to create the film’s DB10′s and ensure realism.

Besides the menacing looking front and rear lights, there are styling q’s and aerodynamics that range from wheel design to the super cool unique cooling vents in the bonnet.

Noted by many as the World’s Most Beautiful car, and with the Aston Martin 1-77 as testament, you would imagine the lines couldn’t improve further. However at first glance, the DB10 appears even lower sitting with a much sleeker body with magnificently gorgeous accents to it’s already beautiful lines.

Being slightly smaller than previous Aston Martin coupes, the sleeker body offsets very elegantly against the 20-inch wheels that combine to create an aggressive presence akin if not better than the top of the line Vanquish!

The DB10 also appears to herald the dawning of a new design style for Aston Martin with sharp and clean lines as a result. The DB10 has the lowest `nose’ ever seen on an Aston Martin, and a full `clam-shell’ hood that eliminates all gaps and shut-lines of normal cars.

Moving in a different direction to other modern Aston Martins, the grille is placed below and behind the leading edge of the hood, adding to the car’s sharp profile. The vents that appear on top of the hood are actually a series of holes, each individually drilled in a position identified by heat maps used by the engineers for maximum cooling.

Under the coupe’s sloping hood is where much of the excitement is ! And that’s in the form of an Aston Martin 4.7-liter V8 integrated to a six-speed manual transmission. A configuration that provides enough power and traction to hit 60 mph in a respectable 4.7 seconds.

There were 10 Aston Martin DB10’s made for the film and as expected, most did not survive the process with only three making it to the end unscathed.

The particular DB10 in the video below, wasn’t as refined as a full production Aston Martin – as to be expected with all cars made for a film – with a few minor features, like functional gauges, air conditioning and working side windows, being absent.

But its power, precision and capable dynamics kept the driver, Karl Brauer “highly entertained”, as did his “fantasies of chasing down super villains while out-maneuvering low-level baddies !”

The movie SPECTRE has opened in U.S. theaters from November 6th.