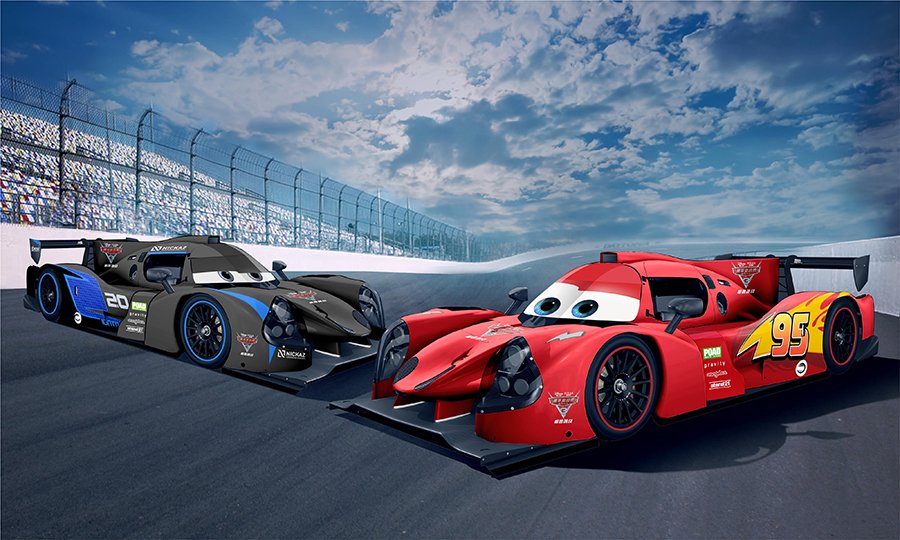 Disney-Pixar’s ‘Cars’ franchise will partner with Craft-Bamboo Racing for the first two rounds of the brand new FRD LMP3 Series. The team’s two Ligier JS P3s will be specially decorated in ‘Cars’ liveries, with the #95 prototype representing lead character Lightning McQueen, while #20 will mimic the brands newest protagonist, Jackson Storm. This exciting partnership will create a great buzz on the lead up to the start of the FRD LMP3 season, which will get underway for the very first time from the 30th of June to the 2nd of July at the Zhejiang International Circuit in China. The series will then head to Shanghai for round two later that month for races three and four of the season on the 29th and 30th of July.

Not only will the two Ligiers be clad in special liveries, but the Craft-Bamboo Racing pit garage will also get the striking ‘Cars’ branding treatment, with each side of the garage corresponding to their Lightning McQueen and Jackson Storm counterparts. This will inject a big splash of colour into the usually subdued garage décor, thanks to the vibrant red and yellow of Lightning McQueen, and the contrasting black and blue hues of, Jackson Storm. Thanks to the eye-popping colours, Craft-Bamboo Racing’s garage should not only stand out from the crowd but also provide an iconic backdrop for the #20 and #95 cars to begin their 2017 campaign for the maiden drivers’ and teams’ championship titles.

The #20 will be driven by Indy Car and Nascar veteran Alex Tagliani from Canada, alongside Australian Greg Taylor, whom recently returned from a successful outing at the Road to Le Mans sprint race driving the Ligier JS P3. The recently announced #95 entry will see Swiss prototype specialist, Mathias Beche, and experienced British motorsport star, James Winslow, also team up in the hunt for both championship titles.

The FRD LMP3 (Le Mans Prototype 3) Series is a brand new premier prototype series in China. Backed by the Automobile Club de l’Ouest (ACO), the championship brings together the best drivers, teams and selection of LMP3 cars to compete over a five-round format at the best circuits in China.

“We are proud to welcome the ‘Cars’ franchise to Craft-Bamboo Racing for the inaugural round of the FRD LMP3 Series. We are very happy to work with Disney-Pixar and hope that fans all across China will enjoy the collaboration. The sight of the fully decorated Ligiers is striking and should make for a very exciting first two rounds of the season as we compete for our first victories in the FRD LMP3 Series.”

“I am really happy to see the partnership between the ‘Cars’ franchise and Craft-Bamboo Racing come together for the opening round of the FRD LMP3 Series. We have worked very hard to create this new prototype sprint racing championship in Asia and it is great to see a collaboration like this generate further interest in what we hope will become one of the region’s best motorsport championships. I look forward to seeing the cars in their special liveries first take to the Zhejiang track later this month before the series heads to the Shanghai International Circuit for round two.”

Coming into the opening round of the 2017 CAMS Australian Endurance Championship at Victoria’s Phillip Island, the new M-Motorsport Interlloy/Wilson […]