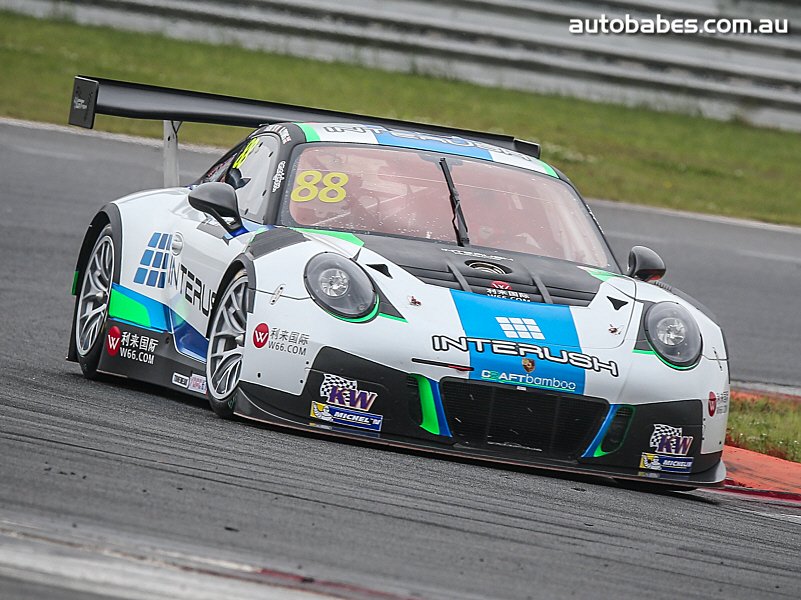 Craft-Bamboo Racing is determined to return to the podium this weekend at the Chang International Circuit in Thailand. After a challenging first round, the team has been working tirelessly to prepare their pair of Porsche 911 GT3 Rs and is confident that they will be fighting at the front of the grid this weekend.

Richard Lyons and Frank Yu in the #88 Interush Porsche will be out to rewrite the wrongs of the first round after suffering bad luck throughout the entire weekend. Lyons has already proven that he has the pace to lead the competition and the Irish GT ace will be itching to charge to the front with a strong qualifying session on Saturday. Both drivers have a good knowledge of the 4.5km circuit after competing in Buriram last year. Combined with their growing seat time in the new Porsche 911 GT3 R, this makes them one of the strongest pairings for races three and four of the season.

Darryl O’Young and Naiyanobh Bhirombhakdi started the season with a pair of top ten finishes and are concentrating on improving their positions this weekend. The Buriram circuit is where O’Young clinched his 2015 GT Asia drivers’ championship title and he will be hoping to pull off another strong result here this season. O’Young and Bhirombhakdi arrived in Thailand early to get some extra track time in at the Bira International Circuit, ensuring that the #91 VLT Porsche will be in fighting form when they hit track for the first qualifying session on Saturday. Both drivers have intimate knowledge of the Buriram circuit, which should give them an upper hand on some of the competition and help them edge ahead in qualifying. With Bhirombhakdi’s first GT race under his belt, the #91 pair is prepared to begin their rise up the leaderboard. They will be supported by a legion of local fans that will be out in force to see their home hero Bhirombhakdi battle it out for GT Asia glory.

To watch the Buriram round of the GT Asia Series, you can stream both races live at https://www.youtube.com/user/afosTV/videos or catch the highlights and race two on Now TV Channel 672 (Fox sports 3) in Asia on Sunday.

The #88 Interush Porsche 911 GT3 R’s pursuit of the 2016 GT Asia Series title would not have been possible without Interush and W66.com

The #91 VLT Porsche 911 GT3 R’s pursuit of the 2016 GT Asia Series title would not have been possible without VLT, Singha Estate and TMB

“After a rough start to the season we’re already putting it behind us and looking forward to Buriram. It’s a circuit I really like, although it is a little hot!! Frank was really fast there last year and I think with some of the knowledge gained with our new Porsche from Korea we should have closed the gap a little to the front. Podiums won’t come easy but that’s our goal!”

“Now that I have had more time with the new car, I am much more confident and we will be pushing this weekend to score as many points as possible to get ourselves back in the running for the championship. It is still very early in the season and we are determined to get the Interush Porsche on the podium.”

“The first weekend in Korea was good, the team made a lot of progress on limited track time and the Craft-Bamboo Racing team has been working extremely hard over the last month to work on improving the car. We have all been working really hard and hopefully that pays off. It is also my teammate’s home race so I think he is going to perform well in front of all his home fans.“

“I am extremely excited for the race in Buriram. It is a home race for me and I have driven there before, so I don’t have to really worry about learning the circuit. After the races in Korea, we walked away with points in both races and we both had the chance to learn more about the car. So now we just have to keep on improving and aim for the podium.”

“The entire team has worked extremely hard since Korea to ensure that Craft-Bamboo Racing will be challenging at the front of the field once again. We have been working closely with Porsche Motorsport in Germany to have improvements here this weekend. It will be fantastic to be racing at Naiyanobh’s home race in Thailand and we can’t wait to put on a great performance for all the fans, we also hope to put on a good show for our partner Singha Estate at their home event.” 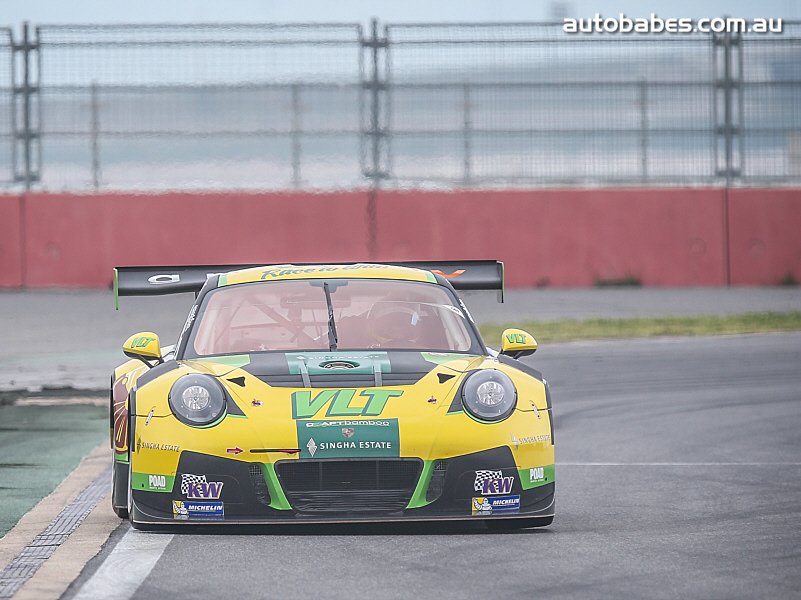 – Press Release Hiroshi Hamaguchi has announced his participation in the GT Asia Series. The sensational Japanese driver will be […]