It’s always tough when we lose friends to any kind of illness or accident. It’s especially tough in the case of a long, terminal illness like Cancer though as you watch those close to you deteriorate over a period of time.

In this case, car enthusiast @GT_PAYNE chose to respond by building a tribute to the legacy of his buddy @Kelvin.Cast who died of Cancer.

“One of my best friends, kelvin passed away from lung cancer last year March 8th”, he says

” This all started when I had built a Focus Rs and at the same time, another one of my best friends did his SRT charger. We both did a ghost pearl white to represent lung cancer. I have since linked up with a few companies to help push the movement and I have attended a lot of shows with the cars and have made a big impact to spread the awareness Over social media”.

“For Kelvin though, I have completed the build on GTENIA the mustang. This time I did a flaked gold color with a holographic black. I did a Shelby gt500 styled bumper, Ferrada wheels 20×9 Fronts and 20×11.5 at the rear. It includes stickers with the “Fuck Cancer” logo”.

“I went with the s550 euro tail lights and engaged Chromatic coatings who wrapped the car and helped me do all the work”. 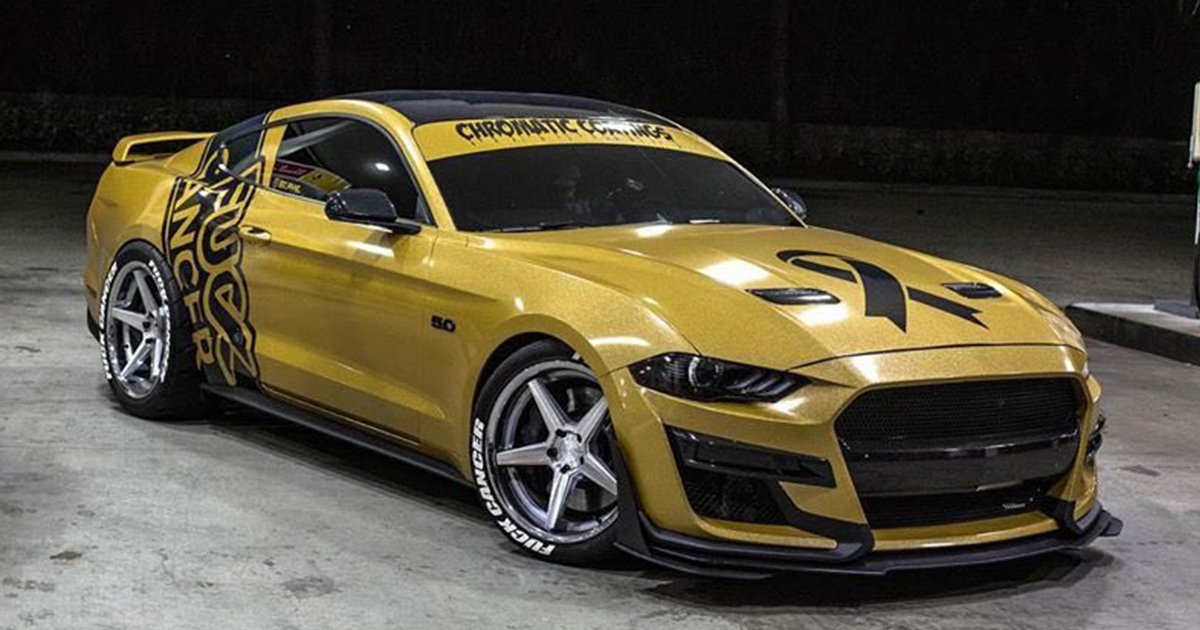 The 2020 Shelby GT500 has been kept a well guarded secret for quite some time. However a photo has been […]