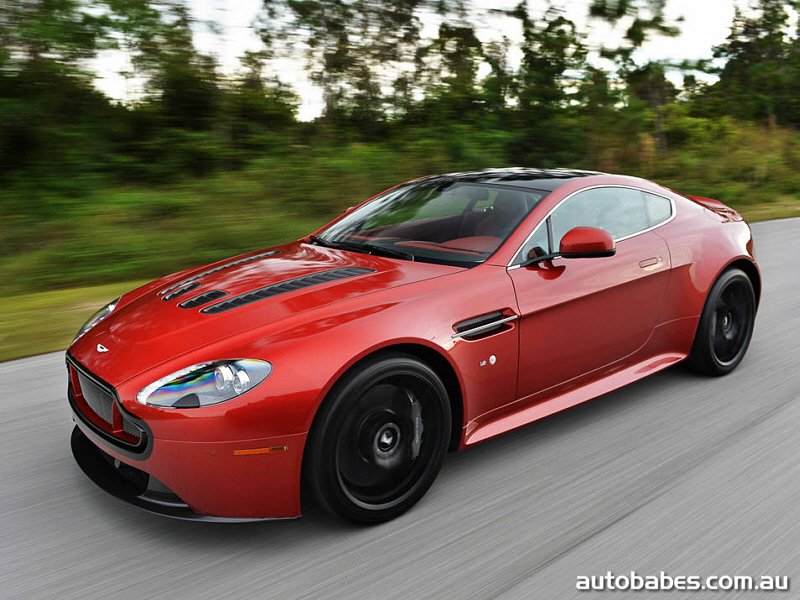 We’re hardly into 2014 yet and Aston Martin are looking further ahead with their 2015 model V12 Vantage S.

This is of course what car manufacturers do and Aston Martin has been responsible for producing some of the most exquisite and respected cars in the world. The 2015 V12 Vantage S is certainly no exception as it adheres to the Aston Martin corporate values of Power, Beauty and Soul.

In this case, the Power is defined by it’s highly acclaimed 6.0-liter V12 powerplant which puts out 565 horsepower and 457 lb-ft of torque, matched to a new 7-speed Sportshift III gearbox, which work together to deliver this car as the fastest accelerating vehicle ever produced by Aston Martin, excluding the limited edition hyper-car One-77. In fact, 0 to 100km/h passes by in an exhilarating 3.8 seconds.

It’s Beauty is as always, defined by flawlessly elegant design, and the smooth swooping and running lines that have come to be characteristic of Aston Martin.

And finally, the Soul, is of course the build perfection and integration of mechanical power with aesthetic elements that bring life to the creation that is in Aston Martin CEO, Ulrich Bez’s words, “extreme in its nature” and “brutal by design.”

The official press release with full specs is expected soon, but for now, we present the picture gallery .. for your eyes only .. pardon the pun!

–  Appears in Edition 3 CoverGirl – Kylie Prindesis – The Full Featured Gallery is available to Members Only. Register or Upgrade today for […]

If you happen to have a few million in Aussie dollars to spare and you’re looking for the coolest investment, then look no […]