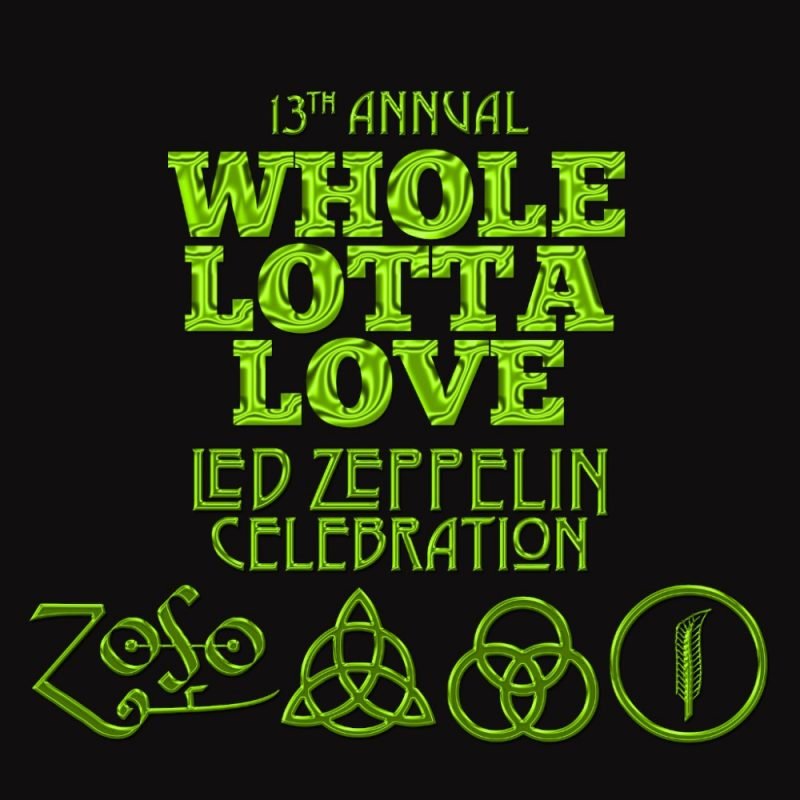 “Matches anything in this vein presented worldwide”
Michael Smith – The Music

We’ve all been yearning all those good times back, and the WHOLE LOTTA LOVE Led Zeppelin celebration show returns in 2016 to deliver them way down inside.

The combination Led Zeppelin’s songs, Australia’s leading vocalists, superb musicianship and brilliant arrangement takes this concept far beyond “the tribute show” and delivers an incredible interpretation of the biggest rock band in history. This year is also the 40th anniversary of the release of the band’s seminal The Song Remains the Same and Presence albums, both of which will be celebrated at WHOLE LOTTA LOVE this August.

Get ready for three hours of amazing rock music, featuring the vocal talents of Dallas Frasca, Simon Meli, Jimmy Cupples and joining WHOLE LOTTA LOVE for the first time is Tim Meaco from The Lockhearts. Under the creative direction of Joseph Calderazzo these singers and the nine-piece band will have you transported back yet, at the same time, mesmerised with their individual performances and renditions of this classic music.

Audiences will rediscover (or discover) the elements that made Led Zeppelin one of the most successful, innovative and influential bands in the history of rock music, and have one helluva great night!

WHOLE LOTTA LOVE is an unrivalled concert experience that has toured all over Australia and built a peerless reputation for exceptional interpretations, stunning musicianship and spine-tingling moments throughout it’s thirteen year history and 2016’s vocalist line-up will be sure to have audiences needing coolin’, way down inside.

Passionate interpretations of Stairway To Heaven, Rock And Roll, Kashmir, The Rain Song, Moby Dick, Black Dog, Ramble On, No Quarter, Battle Of Evermore, Immigrant Song take the audience on a three hour journey through a collection of hits and rarities from the band’s infamous career.

CCEntertainment was established in 2003 by Martin Contemprée and Joseph Calderazzo with the stated aim of producing concerts of the highest quality that celebrate and re-interpret the words and music of iconic bands and recording artists from the 60‘s and 70‘s.

The WHOLE LOTTA LOVE celebration was the first ever concert produced by CCE performed at the legendary Basement in Sydney in 2003. Joseph Calderazzo had previously produced two successful acoustic Zeppelin shows at the Iguana Bar prior to this, so it was most appropriate that the mighty opening riff of ‘Rock and Roll’, which began the Basement show, also heralded the arrival of CCE. In September 2009, CCE took WHOLE LOTTA LOVE to a new and bigger stage, The Enmore Theatre, where a capacity crowd saw an extraordinary concert that finished with a standing ovation, summed up by Rod Quinn from ABC Radio: “a stunning night of rock and roll, I felt I was in the presence of Led Zeppelin”.

Fast forward to 2016 and WHOLE LOTTA LOVE continues to play to capacity crowds and returns to the State Theatre for the third year. “13 years in and who would have thought it would have become such an iconic date on Sydney’s rock calendar. The show is truly euphoric, honest and organic and takes all of us onstage, and the audience, to a special time and place” said Joseph Calderazzo, WHOLE LOTTA LOVE’s Artistic Director.

Rock tributes don’t get any better – Glenn A Baker

Led Zeppelin Cleared of Copyright Infringement for Stairway to Heaven

In entertainment news from the US overnight, a judge in the copyright case between rock band Led Zeppelin and Spirit, ruled […]

Led Zepplin’s Robert Plant reportedly turned down an $US800 million (A$865.57 million) offer from billionaire Sir Richard Branson to get […]