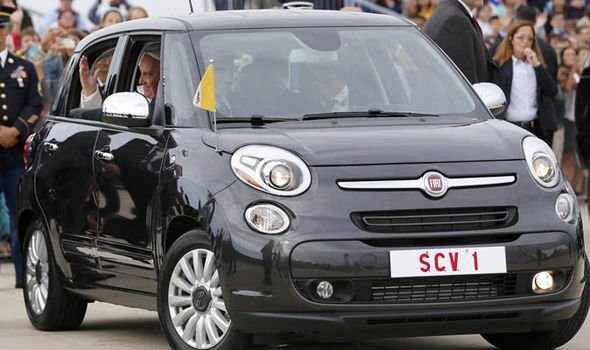 When Pope Francis made his inaugural visit to the USA in 2015, the car that he rode in was a small black Fiat. In fact it was a Fiat 500L to be exact and it was used to carry him through the city of Philadelphia in particular.

That’s quite a nice price for a car that usually sells for $US19,000 new in the USA.

The car is now owned by Michael and Kate Chapman of Chapman Auto Stores, and proceeds of the sale will benefit the Roman Catholic Archdiocese of Philadelphia.

In total 6 Fiat’s were used during the USA trip as well as a Jeep with open sides allowing Pope Francis to talk to people and kiss babies as he passed.