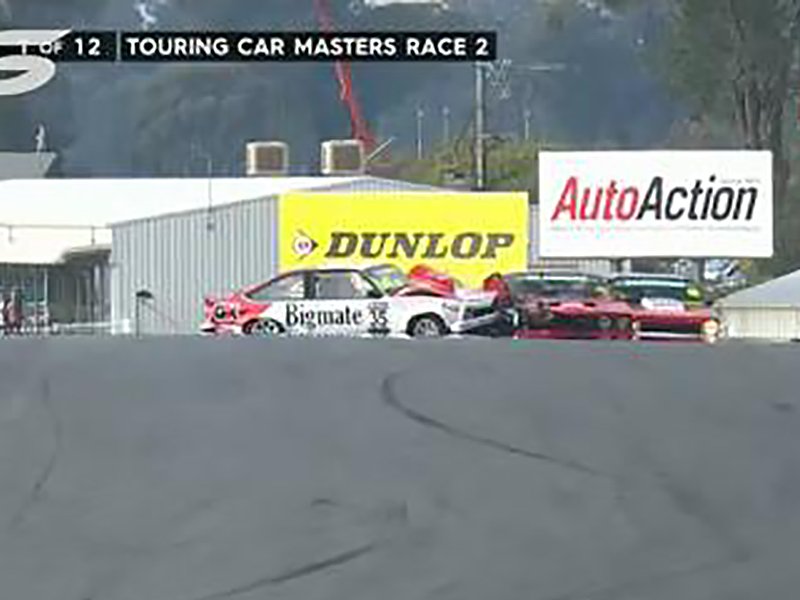 A massive smash at the Touring Car Masters at Winton Raceway yesterday saw the race stopped and a large number of cars crashed out on Turn 2!

The A9X Torana of Jason Gomersal lost control and spun after an attempt to recover failed, and crashed into the Falcon Coupe of Eddie Abelnica before bouncing into Mark King’s Chevy Camaro.

All up, seven cars were damaged including John Bowe’s Torana.

Luckily there were no serious injuries to the drivers, with only Bernie Stack being taken to the circuit’s medical centre for observation and checks, and John Bowe suspecting fractured ribs.

Watch the full video below;

Red Bull Racing Australia has Landed ! .. and this is their official teaser video, ahead of the launch of […]

autobabes.com.au –  Dean Canto; One of Australia’s shining stars of V8 SuperCar Endurance, speaks candidly about life in the fast […]