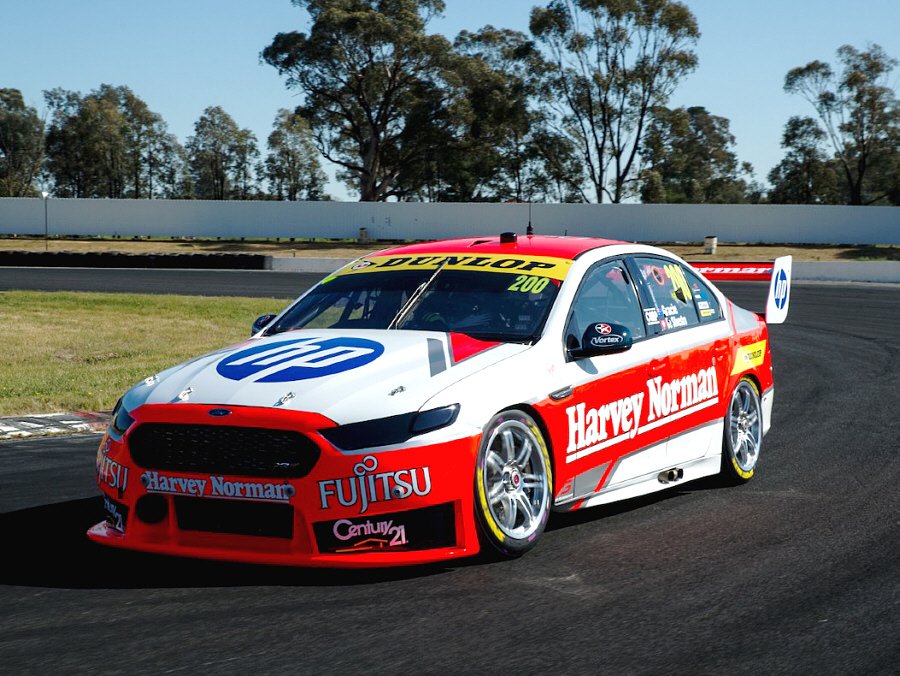 Sadly, some did rejoice when the Harvey Norman sponsored Falcon driven by Renee Gracie hit the wall at Bathurst on the 15th lap this afternoon, with overtones of “I told you so”!

There was after all something to prove after comments from V8 legend Dick Johnson who claimed they were “a million to one” of finishing their first Bathurst 1000. This of course followed the comments of David Reynolds for which he was fined $25,000!

The truth is that the worst 3 initials that any race team of any race denomination wants to see next to their name on a leader-board is DNF – Did Not Finish!

In the garage, co-driver Simona De Silvestro could not hide her disappointment as she watched Renee Gracie leave the wall and limp her Ford Falcon back to the pits.

“There was bloody fluid on the road and I’m in the wall. I’m so sorry,” Gracie reported back to her engineer Paul Ceprnich on the team radio.

“I’m coming back to the pits now. The steering’s stuffed.”

However, the rules at the Bathurst 1000 allowed the all girl driver team until lap 55 to get their car repaired and back on the track to avoid a DNF on their report card.

With extensive panel damage, and even worse damage to the steering of the car, the team pulled off the miracle and the girls managed to return to the track with Simona De Silvestro this time at the wheel.

The crowd did rejoice with the girls’ return and all were pleased to see that they had the determination to return to and complete the nation’s greatest race.

In all, 31 women have contested the Bathurst 1000 with a best placing of sixth awarded to France’s Marie-Claude Beaumont in 1975 and later in 1981, to Australia’s Christine Gibson.

With the 2019 season almost upon us, Ford Performance have revealed their much anticipated 2019 Supercar. There was much controversy […]

By REPCO The next generation of Supercar has been revealed. Gen3 in the form of the Ford Mustang and Chevrolet […]