An outstanding double podium once more for LIQUI MOLY Team Engstler when drivers Luca Engstler and Diego Moran took on the super slippery damp track for a 1-2 at Zhuhai International Circuit. Round 4 of TCR Asia Series was one of the trickiest races with the worst conditions for all drivers, with more than one driver making mistakes and parking in the gravel. The cool track was made really slippery with a slight drizzle causing multiple Safety Car sessions to remove trapped cars.

Despite the tricky conditions, both Engstler and Moran excelled in the Hyundai i30 N TCR to further enhance the team’s position on the Team Championship as they prepare for Shanghai.

The reverse grid order saw the duo lining up in 9th (Moran) and 10th (Engstler) but as the red lights went off, they propelled themselves to the leading cluster and was challenging for podium positions. Engstler managed a perfect start taking the race lead in just three laps, a position he kept all the way to the chequered flag.

“It was amazing starting from P10 to take the second victory this weekend, the third in the Championship out of four races which makes me really proud and happy.

“The car was amazing, the team did a perfect job again. It was not an easy weekend for us, it was a tough one but we managed to score another victory and gain some good points for the Championship. Now my focus is on the World Championship next week and then to Nordschleife and after that we finally come back to Asia for the next round in Shanghai. For sure there I will just try to score as many points as I can and try my best to be on the top again”.

Meanwhile Moran had to work a little bit harder as he was still getting used to the car and had to adapt to the characteristics of a Hyundai. But everything worked out well and by the second Safety Car session, the Ecuadorian was up in third and right after he made his move for second, a third Safety Car was called to clear a three-car incident, leaving the race to end under yellow.

“It was a good race today. After the disappointment I had yesterday, with a really good car, a really good pace and speed during Qualifying, then the difficult first race with a lot of brake problems. Then the team put in a great effort and did an amazing job to correct the issue and today I was able to fight back and to attack right from the beginning.

“I did a smart race and I also took advantage of other driver’s mistakes and in the end, P2 in such conditions in such a difficult race was really good. It was a 1-2 for the team and I am really happy. The Championship is still a long way to go with three races left so I need to push more in order to keep the fight for the Championship. Overall I am happy with the results. So, we will see again in Shanghai in a few weeks.

LIQUI MOLY Team Engstler Project Manager, Andreas Klinge was full of praise for the drivers and his team, a perfect Birthday gift for him. “What a great weekend after all, especially today’s race. It was exciting and amazing. Again a perfect drive from Luca, he is phenomenal. From P10 and after the first lap was already up to P3, he fought well through the field and made a great and well deserved victory.

“Big compliments go out to Diego as well. He did a perfect job and managed to get accustomed to the car so quickly to be so competitive.

“The race was difficult due to the rain and the Safety Car sessions were not easy for us but we are proud and happy to finish with P1 and P2.

“Thank you to the team, they made my Birthday something really special because now we are leading the Team Championship in P1 and P2 and also in the Driver’s Championship. To sum it up, a perfect weekend for us.” 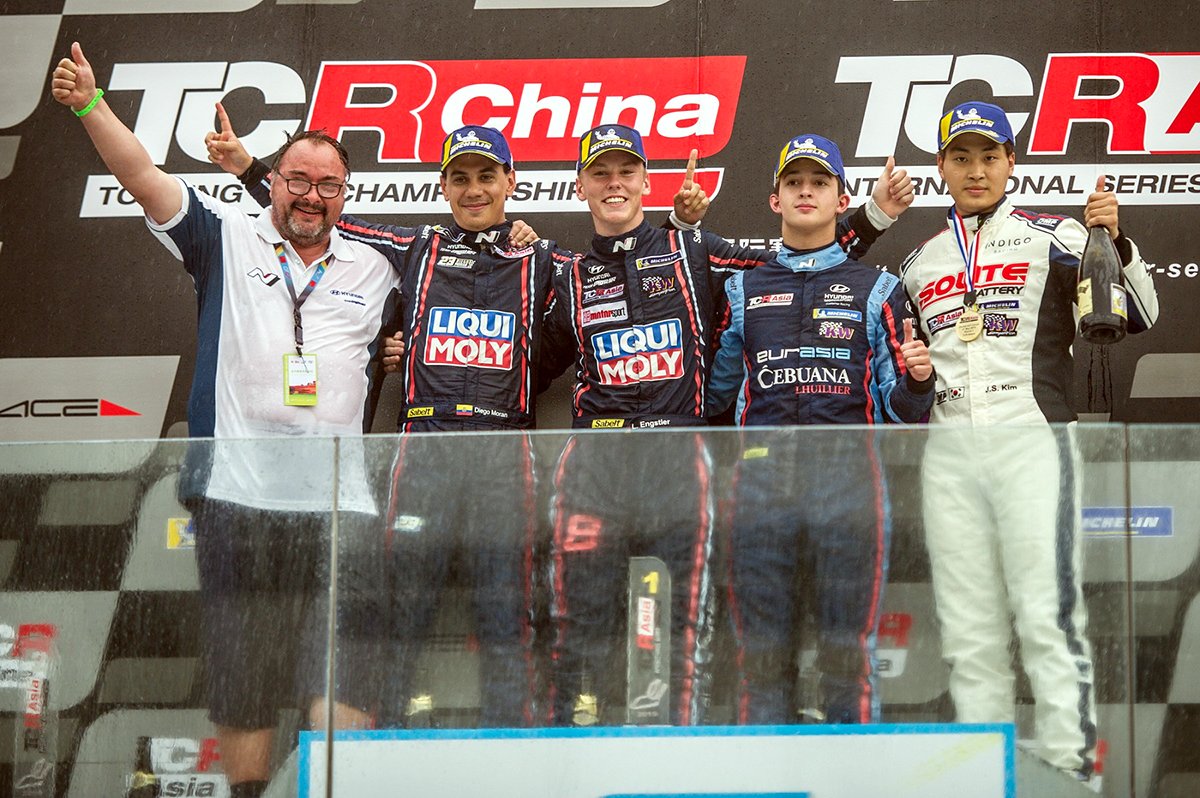 Crampton looking to press for GT4 title at Sandown

Disney-Pixar’s ‘Cars’ franchise will partner with Craft-Bamboo Racing for the first two rounds of the brand new FRD LMP3 Series. […]