Supercars team-owner and endurance co-driver Tim Blanchard will make his Australian GT debut at Phillip Island this weekend, campaigning a Lamborghini Huracan GT3 alongside Trophy Series regular Joseph Ensabella, the two Victorians looking to gain valuable experience in a GT3 machine during the opening round of the CAMS Australian Endurance Championship.

Despite his immense experience, Blanchard is yet to have campaigned a GT3 car, despite some recent tests in both an Audi and a Porsche, but he admits that he is keen to see what the car is like as he pursues a life beyond driving Supercars.

“I’ve enjoyed my time in Supercars, and obviously still have my commitments as a co-driver in the endurance events, but I was keen to look at options beyond that, and this weekend’s opportunity to jump behind the wheel of the Trofeo Motorsport Huracan provides me the chance to see what it’s like first hand.”

Since stepping down from a full-time role in Supercars last season to concentrate on business, Blanchard has kept race fit during test-days, but he will rejoin Supercars again during this year’s endurance events after a wildcard entry into the Barbagallo round, which occured alongside round two of Australian GT.

“I’ve been keeping a keen eye on Australian GT for a while,” Blanchard admitted. “I’ve also watched Shane Van Gisbergen, Tim Slade, Garth Tander and a few of the other Supercars guys come in and out with pretty good success, so I’m keen to see what it’s like.”

With little prior experience to draw on in GT3 machinery, Blanchard admits that this weekend will be all about seat time and learning the intricacies of driving the Huracan quickly.

“I love Phillip Island, so it was the prefect place to kick off this leg of my career, and whilst I haven’t driven the Huracan yet, I’m not expecting us to be challenging the experienced guys for the win, it’s all about learning the car and getting used to how it works, and working with a new team and co-driver, but I expect if the weather stays nice, it will be a great experience so I’m really looking forward to it.”

A regular in the Trophy Series this season, Joseph Ensabella has been keen to explore options outside of his Type 997 Porsche Cup Car, with the opportunity to join Blanchard in the Lamborghini a chance to see what a few extra horsepower and a newer car is like, an opportunity he didn’t need to think twice about.

“I’ve been looking at a variety of options to step up from the Porsche, but like anything, it’s nice to make a decision based on experience, so this is the prime opportunity to see what the other side is like,” Ensabella admitted.

“It also doesn’t hurt to have a co-driver the calibre of Tim Blanchard who is also on a steep learning curve, so between the two of us we will have a lot to go through and a lot to share notes about, but I’m really looking forward to the challenge.”

Trofeo Motorsport will run the Huracan GT3 with their Bathurst 12-Hour crew in the garage, a crew which has taken the Italian-built machine to a Pro-Am podium at the mountain, giving Blanchard and Ensabella some strong experience to draw on as they embark on their maiden AGT endurance event at Phillip Island.

The Australian GT teams will be in action on Friday, 7 June with the option of testing laps in two 20-minute sessions, before official practice and qualifying on Saturday, whilst the three-hour enduro will begin at 9:45am on Sunday, 9 June.

All the qualifying and race action will be covered LIVE on the Shannons Nationals LIVE streaming page – http://www.thenationals.com.au/live/ whilst a post-race highlight will be broadcast on Fox Sports Australia in coming weeks (details will be revealed online).

Further information and details from across the event will also be available on the Australian GT website and social media platforms. 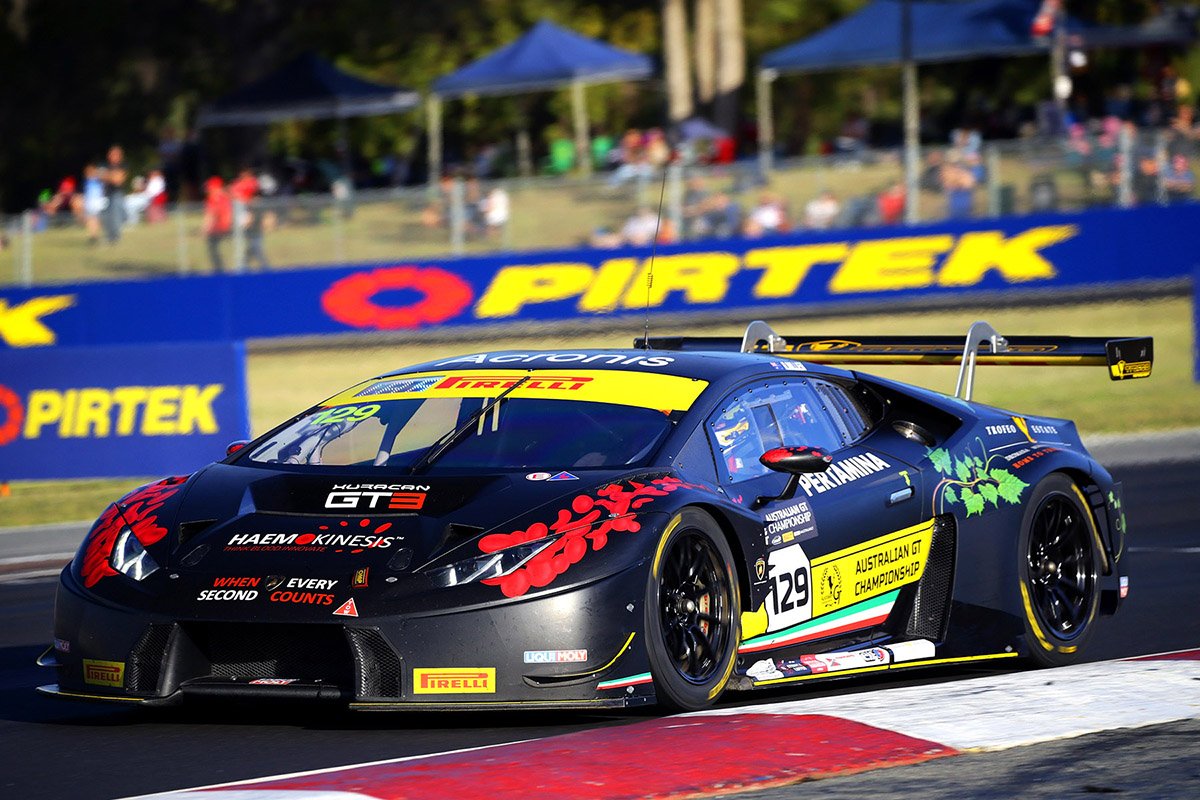 Strong Radical presence at SMP for SuperSports third round

RA Motorsports were back in their own backyard for the third event on the 2017 SuperSports programme, with a strong […]