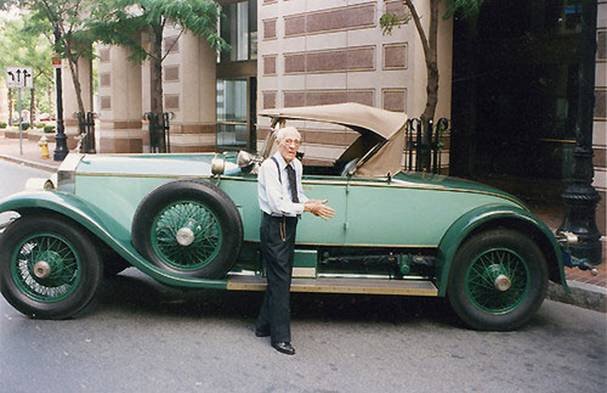 Can you imagine having the same car for 82 years!

“How Long Have You Owned a Car?”

Mr. Allen Swift ( Springfield , MA.) received this 1928 Rolls-Royce Piccadilly-P1 Roadster from his father, brand new – as a graduation gift in 1928.

He was the oldest living owner of a car that was purchased new. Just thought you’d like to see it.

It was donated to a Springfield museum after his death.

That’s British engineering of a bygone era. I don’t think they make them like that any more.