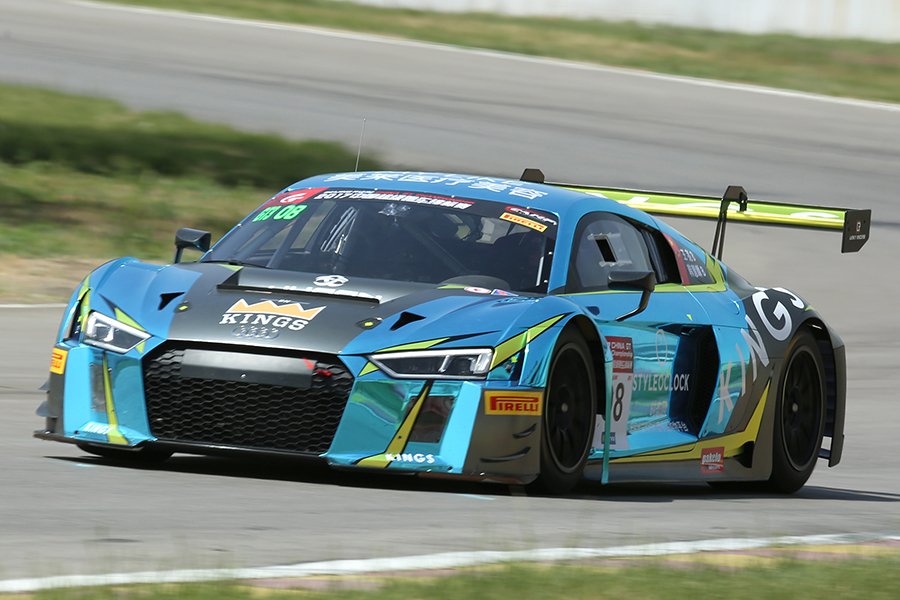 Local driver Xu Jia from the popular Kings team overcame a true international challenge to claim the first pole position of the 2017 China GT Championship at Beijing’s Audi Goldenport Motor Park circuit, the new Audi recruit – who was a winner during the inaugural season – qualifying on top during the second session ahead of the opening race of the season.

Behind him were a string of new Porsche GT3-R’s led by experienced Porsche Carrera Cup Asia campaigner Martin Ragginger and FAW T2M team-mate Bao Jin Long, the HubAuto supported drivers just 74 one thousandths of a second off the top spot on combined times.

During practice it was a Porsche 1-2-3 with Frenchman Maxime Jousse topping the timesheets for JRM as he had done during the pre-season test, the reigning Carrera Cup Asia #2 stopping the clocks with a best of 1:01.961 to better team-mate Chris van der Drift by almost half a second, with Ragginger third ahead of a pair of thundering Bentley Team Absolute Continental GT3s.

In the hotly contested GTC/GT4 category the top spot in qualifying was taken by Andrew Tang and Pan Chao in their JRM Porsche 991 Cup Car mere hundredths clear of the impressive Xtreme Motorsport Radical RXC V6 of Xu Wei and Leng Kang, and former Audi R8 LMS Cup regular Kimi Qin in a Spirit Z-Racing prepared Audi R8 LMS GT3, suitably wrapped in purple vinyl to match the Chinese driver’s hair colour!  Ultimately the local drivers were the big winners despite the big influx of international stars from Bentley Team Absolute, Phoenix Racing Asia and FAW T2M, paving the way for what promises to be a season to remember.

Whilst the Series regulars featured strongly, there was little separating the teams during qualifying, as New Zealander Chris van der Drift pointed out to experienced driving partner Li Chao who had qualified tenth during his session, but mere hundredths off a front row start, it was that close.

Qualifying saw two 20-minute sessions with the ‘Pro’ drivers out on track first, ahead of the ‘Am’ drivers in session two. Times were then combined, with the average of both best laps the qualifying time for that car, whilst for single ‘Am’ entries such as pole-man Xu Jia, they would start the second leg of qualifying only, and their best lap was the car’s allocated time.

GT3 Qualifying
In the first session it was all van der Drift, the former Porsche Carrera Cup Asia champion battling with JRM team-mate Jousse for the top spot, but it was the experienced Ragginger who split the two in the second of the FAW T2M GT3-Rs with experienced Japanese SuperGT star Hiroki Yoshimoto making it a Porsche 1-2-3-4.

Experienced Macanese driver André Couto was next from Alexandre Imperatori ahead of Sun Zheng in the Spirit Z-Racing Nismo GT3.

In session two Xu Jia was immediately fast in the stunning chrome blue Kings Audi, setting a benchmark of 1:02.932 early in the session to all but put pole out of question. Thailand’s Vutthikorn Inthrapuvasak was next for Bentley Team Absolute, with the second Kings Audi of Wang Liang and Han Huilin just five one thousandths short of making it a 1-2 for the Chinese team.

Ultimately though on combined times, no-one could deny Xu Jia who claimed the first pole of the year, from the #99 and #911 Porsches, then the #88 and #05 Bentleys, with Audi Hong Kong’s #06 entry of Marchy Lee and Alex Au sixth.

GTC/GT4 Qualifying
The combined GTC/GT4 field would go through the same qualifying process as the GT3 teams, with two sessions, the more experienced – and Pro – drivers out first, the amateurs second.

Ultimately at the close of the two sessions it was successful Porsche Carrera Cup Asia driver Andrew Tang who claimed the top spot with team-mate Pan Chao just 29 one thousandths of a second faster than the impressive Radical RXC V6 of Xu Wei and Leng Kang. Kimi Qin was third in the Audi, ahead of Chen Junhua and Li Yeuqin who had been forced to step into an R8 for the event after their scheduled Lamborghini Huracan was delayed in shipping.

Thailand’s experienced Suttiluck Buncharoen was fifth overall in his Huracan ahead of Huang Xi Zhan in the D2 Lamborghini. Then there was a string of Porsche Cup entries from the JRM operation led by Zheng Hui and Min Heng ahead of the #918 entry of Xiao Min and Zhang Dasheng, with New Zealand’s Will Bamber and Bian Hao ninth in the JRM run Audi R8.

Roelof Bruins set a stunning pace in the all new McLaren 570S GT4 which only arrived on Tuesday, the team’s 1:09.768 the quickest of the GT4 cars, ahead of the Tian Xu and Yang Meng Jiao Aston Martin Vantage and the impressive KTM X-BOW GT4 of Drift star Chen Yinian and Australian Glen Wood.

The first races of the 2017 China GT Championship season will get underway on Friday 12 May with the opening 60-minute round of GTC/GT4 from 10:40am (CST) with the first one-hour GT3 race at 1:50pm. Qualifying for the second rounds will start for GTC/GT4 at 3:30pm on Friday, with GT3 qualifying from 9:20am on Saturday morning.

Races will be streamed live on Facebook and through the China GT website; for details check www.chinagt.net 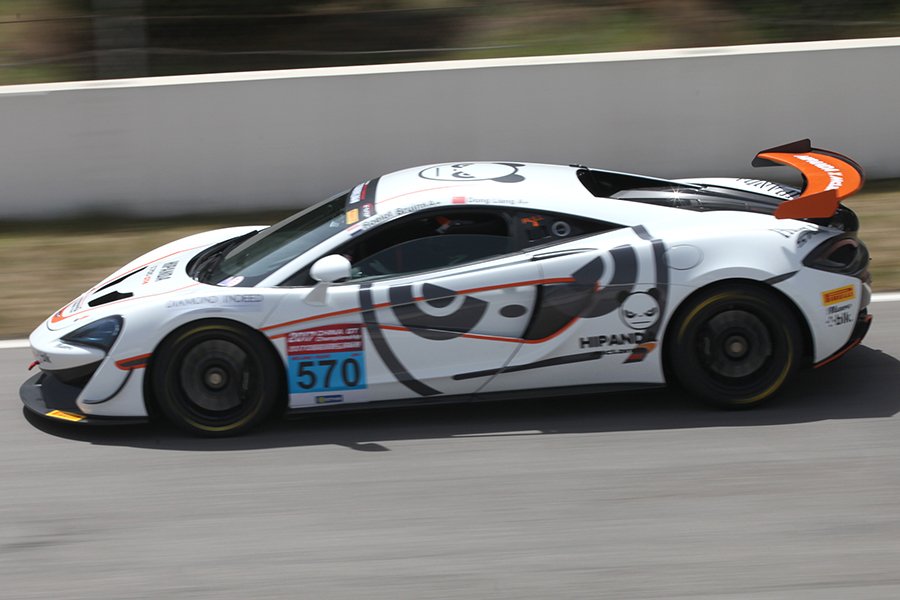 About China GT Championship:
China GT was launched in 2016 and is promoted by China GT Management Co. Ltd. Sanctioned by the Federation of Automobile and Motorcycle Sports of China (CAMF), the championship features the world’s best automotive brands competing in GT3, GTC and GT4 classes. China GT is based on the principles of being ‘Just, Fair and Open’ so to attract both Chinese and international drivers and teams.

Follow China GT via https://www.facebook.com/China-GT-Championship-152716748470684/ and get involved in the conversation on https://twitter.com/OfficialChinaGT

The TCR Asia Series season opener kicked off in Sepang last weekend and Craft-Bamboo Racing were quick to find success, […]