It is looking to be a great start to the 2019 season for three time TCR Asia Series Champions, LIQUI MOLY TEAM ENGSTLER, as the team announced its participation in the inaugural TCR Malaysia season.

The team’s participation in TCR Malaysia, scheduled to begin this 19th January, is a continuation of a successful partnership with Sepang International Circuit, whose program aims to develop Malaysian motorsport talents. 2018 saw the emergence of Mitchell Cheah into the limelight with the team as they nurtured the talented youngster into the competitive TCR Asia Series with great results – finishing as the Asia Cup Champion and second overall in the 10 rounds season.

“We are happy and proud in our collaboration with SIC. We will actively be a part of the circuit’s young driver development program for the next 3 years and we are excited to start the season once more” said Kurt Treml, Sport & Marketing Sports Director, LIQUI MOLY TEAM ENGSTLER.

“Last year with Michael Cheah’s help, we won the TCR Asia Series Team Championship as well as the Asian Driver Category and hope to achieve the same success for the 2019 season”.

TCR Malaysia will, for the first time, be held at Sepang International Circuit as a winter series for the rest of the world. The Series will hold 6 rounds over three race weekends and it will be the most suitable arena to select one Malaysian driver who will then represent the country at the Internationally watched TCR Asia Series.

“We are pleased to continue our collaboration with Engstler Motorsport headed by Franz Engstler and Sporting Director, Kurt Treml, who have proven their ability in developing our Malaysian driver, as seen by the success of Mitchell Cheah, our Asian Driver Champion and Runner-up in the TCR Asia series 2018”.

“The next step for Mitchell is, together with the team, to assess the nominated drivers from the 2018 Malaysia Championship Series (MCS). His fresh experience with the team will prove invaluable and he will be able to closely assist and guide the new drivers in their TCR Malaysia journey”.

Three drivers will be selected and placed under the care of LIQUI MOLY TEAM ENGSTLER to compete in the six TCR Malaysia races at Sepang Circuit. The best driver, as decided by the team and Mitchell Cheah, will continue his/her participation with the team in the 2019 TCR Asia Series.

All three will be placed in identical Volkswagen Golf GTi TCR and will have the assistance and guidance of 2018 TCR Series Champion, Luca Engstler as well as his TCR Germany teammate, Theo Coicaud who will be on hand throughout the season.

The duo will return to TCR Germany and will also compete in the TCR Malaysia alongside Kai Jordan, Michael John Soong and Henry Kwong.

“It will definitely be a busy year for us in LIQUI MOLY TEAM ENGSTLER and we are going in full steam after a short Christmas break. It was hard work to build the new team structure with new mechanics and crew, especially with the new cars for the Malaysian races but we managed a strong team” said Treml with a smile.

“Right now, TCR Malaysia looks to be an ideal event to also prepare our European drivers for TCR Germany alongside the new Asian drivers. We are also confident with the ability of Henry Kwong and Michael John Soong to keep our titles. For us, our aim is to prepare them for TCR Asia Series and we will make final announcements at the conclusion of TCR Malaysia” ended Treml. 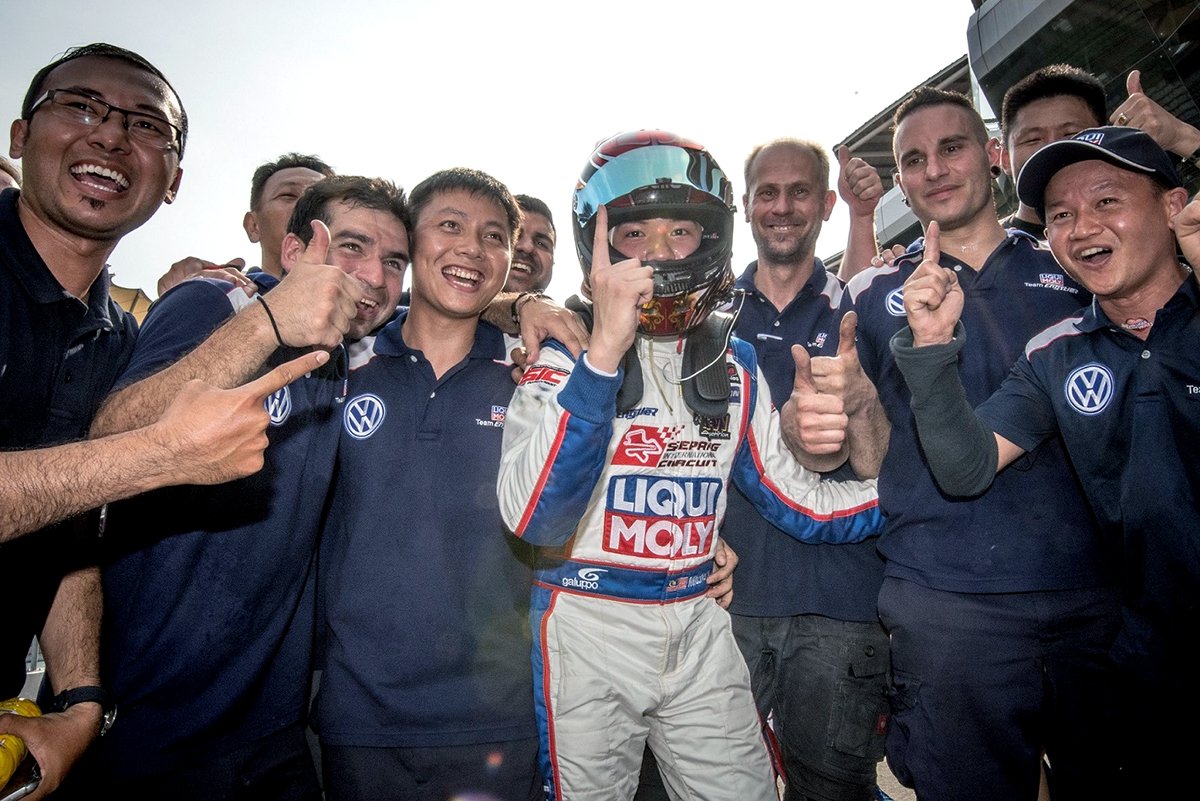 TCR Malaysia will be held exclusively at Sepang International Circuit over three weekends, 19-20
January, 26 January and the final two rounds on 23-24 February.

Craft-Bamboo Racing started the first race weekend of 2019 in style, with Alessio Picariello and Jeffrey Lee in the #88 […]

The 2020 GT World Challenge Asia Esports Championship reached its halfway mark at Silverstone, with full grids in the Real […]