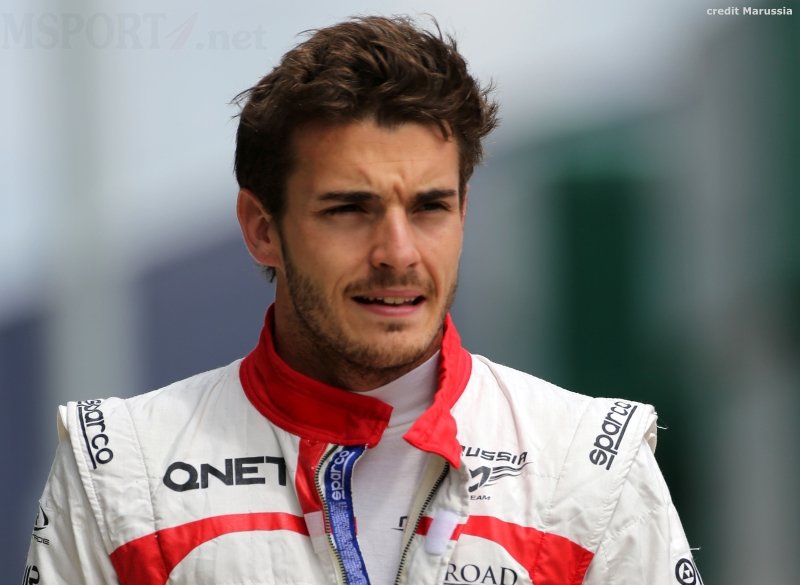 The family of Jules Bianchi announced today that Jules Bianchi died early on Saturday from head injuries sustained in a crash at the 2014 Japanese Grand Prix.

The French Formula One driver, 25, had been in a coma since the October 5 accident, in which he collided at high speed with a mobile crane which was being used to pick up another crashed car.

The family statement said “Jules fought right to the very end, as he always did, but today his battle came to an end. The pain we feel is immense and indescribable.”

Bianchi competed in 34 races over the 2013 and 2014 seasons, scoring the first ever championship points for Manor – then known as Marussia – by finishing ninth at last year’s Monaco Grand Prix.

The Manor team tweeted: “We are devastated to lose Jules after such a hard-fought battle. It was a privilege to have him race for our team.”

Bianchi is the first driver to die of injuries sustained in an F1 race since three-time world champion Ayrton Senna was killed at the 1994 San Marino Grand Prix.

Bianchi died at the Centre Hospitalier Universitaire in his hometown of Nice, France, where he had been since his emergency treatment in Japan in the days after the accident.

“We wish to thank the medical staff at Nice’s CHU who looked after him with love and dedication,” the family statement said.

“We also thank the staff of the General Medical Center in the Mie Prefecture (Japan) who looked after Jules immediately after the accident, as well as all the other doctors who have been involved with his care over the past months.

“Furthermore, we thank Jules’ colleagues, friends, fans and everyone who has demonstrated their affection for him over these past months, which gave us great strength and helped us deal with such difficult times.”

Bianchi’s accident occurred at the end of the race at the Suzuka circuit. In rainy, gloomy conditions, Bianchi’s car slid off the track and ploughed into a crane picking up the Sauber of German driver Adrian Sutil, who had crashed out at the same spot one lap earlier.

The section of the track where the accident occurred was subject to double yellow caution flags from race marshalls, due to Sutil’s crash, but they failed to prevent a second accident.

A working group of the sport’s governing body, the FIA, investigated the accident and found that as Bianchi went off track into the run-off area, he “applied both throttle and brake together, using both feet” and thus over-riding the failsafe mechanism. His front wheels had also locked.

It also said that Bianchi “did not slow sufficiently to avoid losing control.”

The findings of the working group prompted F1 to alter its rules, allowing a ‘virtual safety car’ in which stewards can neutralise a race, forcing all cars to proceed slowly into the pit lane rather than continuing to lap the circuit.

The start times of some races were also moved forward to prevent them continuing in dim light conditions.

News of the death broke when most people in the F1 world were sleeping, but fans immediately began posting tributes and sympathy on social media.

Former F1 champion and motor racing great Mario Andretti tweeted: “My heartfelt condolences to the (at)Jules-Bianchi family for this very sad ending of a promising young life. My prayers are with you.”

Bianchi’s family had already lost a member in a crash. In 1969, Bianchi’s great-uncle, Lucien Bianchi, died in an accident during testing at the Le Mans race track when he crashed his Alfa Romeo into a post, a year after winning the prestigious endurance race.

The family statement was issued by his parents Philippe and Christine, his brother Tom and sister Melanie.

Jules’s death came only days after Philippe Bianchi had said his son would not have wanted to go on living if he was severely disabled.

“If he had a severe handicap, we are convinced that is not what Jules would want,” Philippe Bianchi told France Info radio on Monday.

“We talked about it. He discussed with us that if one day he had an accident like that of Michael Schumacher, that even if his only handicap was not being able to drive, he would have a lot of difficulty living. Because it was his life.”

Haas F1 Team’s 2018 challenger in the FIA Formula One World Championship, the VF-18, made its official debut via the […]

Lotus F1 Team conducted a limited run programme for the first day of the Russian Grand Prix at Sochi. A […]

Romain Grosjean and Pastor Maldonado Talk about the E22

Thursday 20th February Following the first laps on track of the E22, drivers Romain Grosjean and Pastor Maldonado look to […]