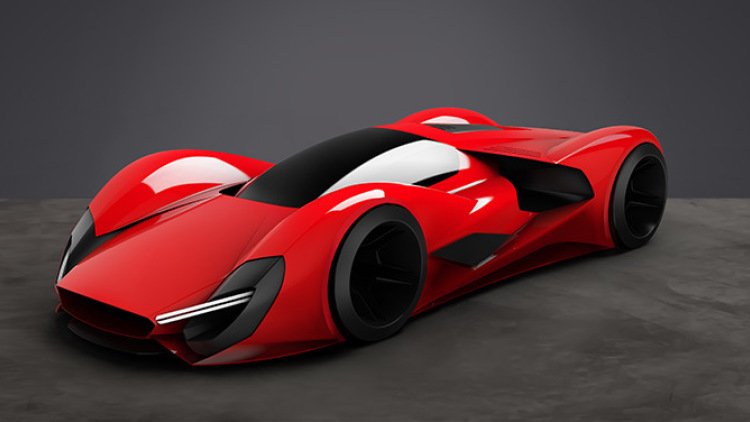 Ferrari recently launched a design challenge to 50 design schools with the question of what a Ferrari sports-car may look like in the year 2040!

The 50 schools have been shortlisted to 4, with the finalists being ;

The challenge now requires each school to prepare 3 designs for final evaluation. These seem to range from the realistic where thought has been given to electric drive train hence exhaust systems have been dropped, through to more fantastic based themes that are more artistic than practical.

The one thing that did remain true with some, was the marque’s signature red colour. Others were in black, silver, or white.

If you like or dislike any of these, the good news is that you get to vote ! Ferrari will have two levels of voting where the public gets to vote for their favorite, who will receive the Premio Speciale by popular choice. Then the Gran Premio, will be selected by a judge panel that includes Sebastian Vettel, Paolo Pininfarina, and musician-collectors Jay Kay (frontman of Jamiroquai), and Nick Mason (of Pink Floyd fame). The winning design school will be announce on January 15, 2016.

You can cast your vote now at Ferrari’s Competition Facebook page.

What will the Ferraris of 2040 be like?
The Top Design School Challenge enters its final phase

Maranello, 4 December 2015 – What seemed like the wildest science fiction in the days of Jules Verne has been more than surpassed by modern invention. Maybe in a quarter of a century’s time, we’ll be saying the same about a slew of present-day projects that endeavour to envisage the Ferraris of the future.

We are talking, of course, about the 12 models to have reached the finals of the Ferrari Top Design School Challenge. Also run in 2005 and 2012, this is the third outing for a competition in which the world’s most prestigious design institutes vie for supremacy. Around 50 schools were considered in the first round and this number was then whittled to eight before four third-level institutes (spread across three continents) were selected as finalists. They are: the Hochschule Pforzheim (Germany), which has a hugely successful automotive design course and is one of Europe’s leading schools; the College for Creative Studies in Detroit (US) which attracts students from all over the world because of the incredibly high standard of its facilities and teaching staff; the Asia-Pacific region’s top design school, Hongik University in Seoul (Korea), which had the largest number of entrants in the competition and also won the 2011 Ferrari World Design Contest; and, lastly, the ISD-Rubika in Valenciennes (France) which has a cutting-edge computer modelling course that embraces structured interdisciplinary projects.

The students began working on their Ferraris of the future in October 2014 and a year later, the 12 finalist models, three from each school, arrived in Maranello. This marked the start of the trickiest phase in the competition: choosing the winner! Or rather the two winners as there are two prizes. The overall “Gran Premio” is awarded by a jury made up of Ferrari exponents in the broadest sense of the term – designers, engineers, drivers and even famous collectors. The “Premio Speciale”, on the other hand, is awarded by open online vote cast on the official Ferrari Facebook page where finalists’ work can be viewed.

The jury very shortly knuckles down to the difficult task of making the final decision about the overall winner and will officially announce its choice on January 15 2016. So, the very best of luck to Nicola Boari, Franco Cimatti, Aldo Colonnetti, Rodolfo Gaffino Rossi, Jay Kay, Flavio Manzoni, Nick Mason, Andrea Militello, Marc Newson (TBC), Paolo Pininfarina and Sebastian Vettel as they embark on this home stretch in this long process.

The Pursuit of a Ferrari Dream

This video has been around for a while now but remains a favourite amongst car enthusiasts and car restorers everywhere. […]

Michael Schumacher awakens from coma and is released from hospital

Parking a Lamborghini at a Sky Garage in Singapore

The Hamilton Scotts building in Singapore, a luxury apartment that welcomes your arrival with your own car porch in the […]