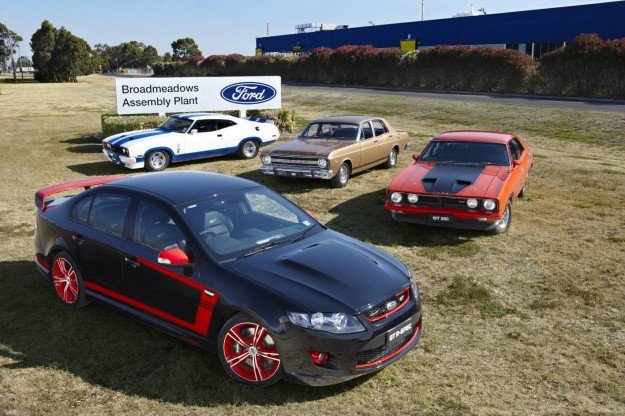 Ford will cease its manufacturing operations in Australia by October 2016 with the loss of 1,200 jobs.

Ford Australia President and CEO Bob Graziano said the company made a loss of $141 million after tax in the last financial year, with a loss of $600 million over the last five years.

Ford Australia employs more than 3,500 people at its manufacturing plants at Broadmeadows, in Melbourne’s north, and Geelong.

At the time, the company said the upgrade would mean the Territory and Falcon models would continue to be made in Victoria until 2016.

Mr Graziano said the costs of manufacturing cars in Australia was uncompetitive.

‘Manufacturing is not viable for Ford in the long term,’ he told reporters at Broadmeadows on Tuesday.