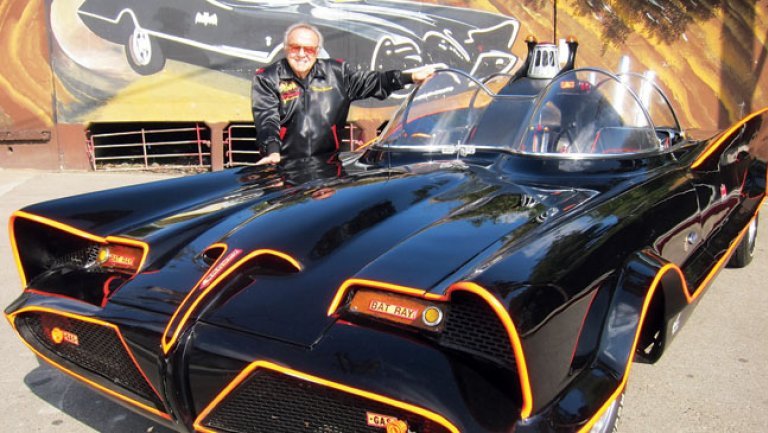 George Barris, the car designer who created the iconic 1966 Batmobile for the Batman television series, along with many other unique customs, has died at the age of 89.

“Sorry to have to post that my father, legendary kustom car king George Barris, has moved to the bigger garage in the sky,”

George Barris was still a teenager in high School when he designed what was to become his first official customised car, which was of course a 1955 Lincoln Futura convertible transformed into the 6.4ltr Ford V8 Batmobile.

Since then, and after founding Kustoms Car Club, Barris went to work with his brother Sam who together caught the attention of Hollywood.

Besides the Batmobile, Barris’ work includes cars for Alfred Hitchcock’s North by Northwest, 1958’s High School Confidential and 1960’s The Time Machine, The Munster’s Koach which was built for the 1960’s TV series, The Munsters and later the Knight Rider.

A statement issued by Jim Lee of DC Entertainment heralded Barris as a “true creative genius.”

“George’s design contributions to the legendary 1966 Batmobile thrilled fans of the classic Batman TV show, left an indelible mark on Batman legacy and lore and is still recognized as one of the most iconic vehicles of all time.”

The Batmobile was kept in Barris’ private collection until being sold in 2013 for USD$4.6Million

Although a far cry from the USD$4.2Mil paid last year for the TV Series version of the Batmobile, a modified […]

The BatMobile in Right Hand Drive

What started as one man’s desire to realise a childhood dream, has turned into a reality and perhaps the best […]

– SkyNews.com.au Zack Snyder has posted the first official photo of the Batmobile car from ‘Batman V Superman: Dawn of […]