M-Motorsport looks for success on the streets of Townsville

The M-Motorsport team will return to the streets of Townsville this weekend for the penultimate round of the 2016 Australian GT Championship looking to gain more valuable championship points and build a foundation to attack the points leaders at the final round in New Zealand in mid-November.

Already Justin McMillan and Glen Wood have shown that they are one of the most potent combinations in the championship, and are more than competitive on the demanding street circuits, their victory in Adelaide earlier in the season is testament to that.

Recently their title assault suffered a setback at Phillip Island with a late call to pit during their compulsory pit stop in the opening race costing them valuable championship points but they recovered in the second race to card their third podium finish of the year. That result and their success so far this season has team-boss Justin McMillan confident that they can ‘right the ship’ at Townsville and put themselves into a strong position for the Highlands Motorsport Park final.

“I like Townsville and have been quick there in the past,” McMillan explained. “We had pole there in our second season in 2014 in the Gallardo, and last year my pace improved again despite some of the setbacks we suffered with the Camaro.

“This will be Glen’s [Wood] first visit to the circuit, but I’m not concerned about that, he’s already shown this year that he just takes it in his stride, and it’s that attitude I think that will keep us in the mix at the pointy end of the field.

“The circuit will also suit the car, as there’s a couple of corners on which we can use our aero advantage, and the car stops well and fires out of the corners well, so I think across the two races, we should be right in the mix as long as we stay out of trouble.”

For Wood, his weekend will be an initiation of fire, with just a solitary 20-minute practice session to acclimatise himself with the circuit, but if his pace on the streets of Adelaide was any indication, it won’t take him long to dial into the car.

“The good thing is that I’ve had almost a full season’s driving in the Interlloy/Wilson Storage Lamborghini now, so I’m confident with my ability to drive it,” Wood admitted. “I’ve also done plenty of laps on the simulator, and spoken to Dale [Wood – full-time V8 Supercar driver] about some of the tricks, so I’m pretty happy heading up there for the first time.

“It’s a bit of a balance – I need time to get the hang of the track, and Justin needs time to dial himself back in ahead of two qualifiers that will be important to get track position for the two races. Whatever happens, the team will sort out a strategy to maximise our results and hopefully put us in a strong position for the championship final in New Zealand later in the year.”

Every session from opening practice through to the final lap of race two will be broadcast live on FOX Sports 5 (Channel 506), but you can also keep up to date with the M-Motorsport/Interlloy race team by following; www.facebook.com/MMotorsportGT3 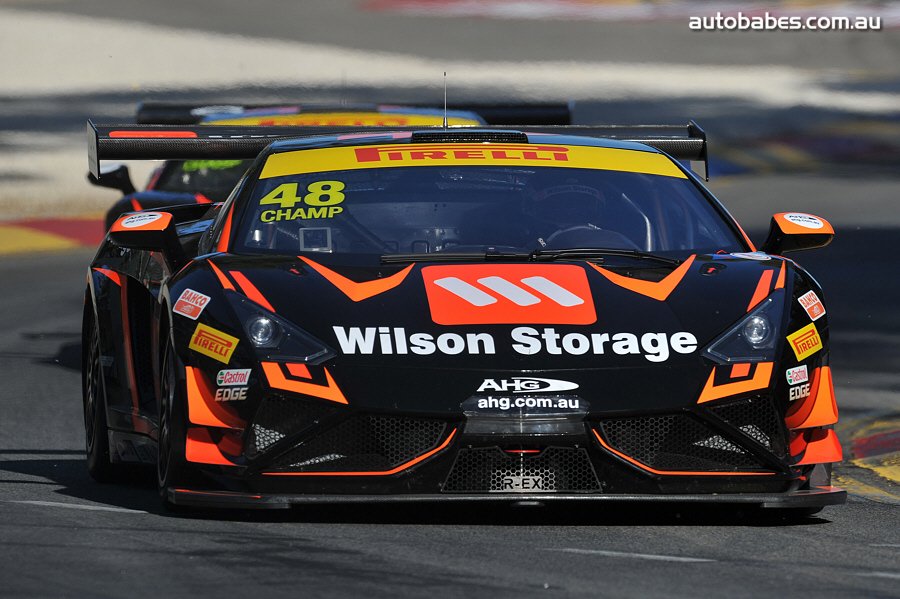 How to follow M-Motorsport from Townsville; make sure you watch or record FOX Sports 5 (Channel 506), with every session broadcast live, whilst we will also keep you up to date all weekend via the M-Motorsport Facebook page; www.facebook.com/MMotorsportGT3

About Interlloy
Interlloy Pty Ltd is Australia’s lead supplier of Engineering Steels and Alloys to engineering machine shops both nationally and internationally.

Founded in 1987and now employing over one hundred and forty (140) people in five states of Australia, Interlloy has become the major supplier of Special Steels to the General and Heavy Engineering Industries, Toolmaking, Mining, Gas & Oil Fields, Automotive, Manufacturing, Petrochemical, Pump, Power Generation and Transport Industries.

As part of Australian GT’s policy of review and innovation in GT racing, the race format for the final round […]

Australian GT ready to race and preparing for 2020 season return

With Covid-19 restrictions beginning to ease around the country, the potential that sporting events will be back on the calendar […]