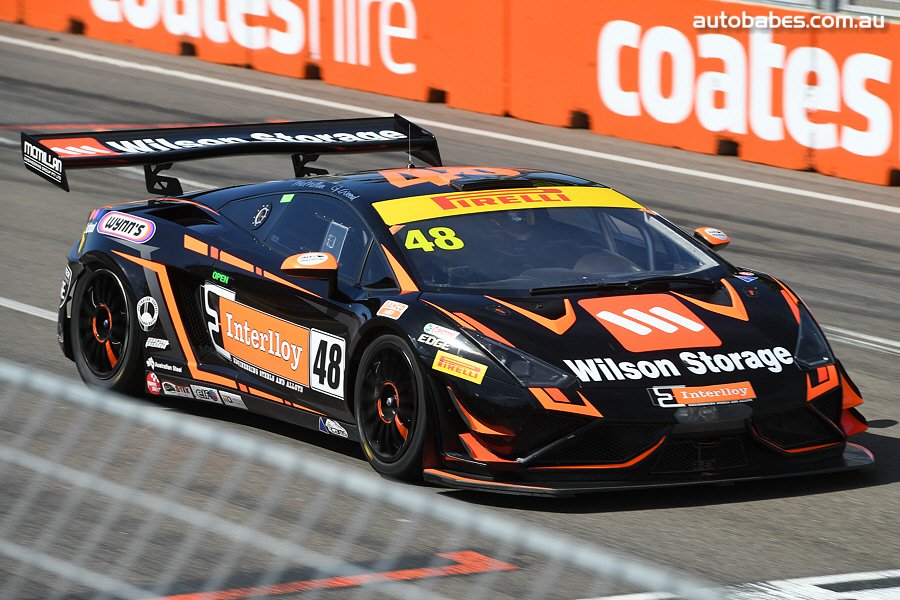 Joy and frustration for M-Motorsport in Townsville

After the success M-Motorsport achieved on the streets of Adelaide during the Australian GT season opener back in March, there was a lot of anticipation heading into the Townsville event that the front-running Interlloy/Wilson Storage Lamborghini could be battling for a podium result.

That anticipation was further heightened after opening practice, when Townsville rookie Glen Wood put the #48 Gallardo R-EX on top of the timesheets ahead of the opening qualifying session, and it was smiles all round in the garage afterwards.

“The car is well suited to the circuit, and Glen showed just what we’ve come to expect from him all year, a cool and calculating drive,” team-boss Justin McMillan admitted.

Heading into qualifying, McMillan took the first stint, running alongside many of the Pro drivers, the experienced Lamborghini campaigner classified just outside the top ten for much of the session, to finish mid-pack, with the 14th fastest time, and testament to how close the midfield runners were, just eight tenths of a second off a third row start!

“I’m a bit disappointed in that, because I made a slight error on my fastest lap coming into the braking zone for the final corner,” McMillan explained. “At that point I was four tenths up, but just couldn’t pull it up.”

Wood was back in the car for the second qualifier, and he was quickly at the top of the timesheets, running the third fastest time for much of the session before pitting early to conserve tyres, sadly two of the Pro drivers went faster on new rubber in the dying stages of the session to drop the #48 Interlloy/Wilson Storage Lamborghini back to fifth.

Off the third row for the start of the opening 60-minute race, Justin McMillan drove a smart opening stint to run just off the pace of the leaders, holding on to a position inside the top ten for much of the opening leg, pitting to hand the car to Wood from position 11, the young Victorian rejoining in position 20.

He was soon scything his way through the field, and at the completion of the compulsory pit stops, found himself locked in a four-way battle for tenth with former winners Grant Denyer, Nathan Antunes and Marcus Marshall.

The four cars were separated by mere inches as the laps wound down, Wood ultimately crossing the line ninth, less than two seconds away from a sixth placed finish..

With the roles reversed for Sunday’s second race, Wood was set for a third row start, and he was quickly through the pack to be battling Tony Bates in the #1 Audi for second. All over the back of the reigning champions, Wood fired through on the run to turn one on lap three, but the two cars made contact in the process, effectively forcing game over for Wood who was looking to move through and make an impression on the leader.

Back in the garage, the #48 team were forced to watch in frustration as Wood dropped to the tail of the field and endured almost a lap at crawling speed to bring the car back without further damage for a tyre change.

Once back on the circuit, Wood showed just how great a threat he would have been to the leaders, by turning in a string of the fastest laps of the race, but being more than a lap down, the team could enjoy little more than a glorified test session on the Townsville street circuit.

Stopping at the very end of the compulsory pit stop window, Wood handed the car back to McMillan who completed his stint to cross the line 18th, two laps down on the race leader.

“It’s pretty devastating really to know that you had the pace to be on the podium, and perhaps even win the race,” McMillan said. “That said, we showed all weekend that we were one of the fastest cars on the circuit, and we’ve finished without a mark on the car, so from that aspect it has been a great weekend, and full points to Glen for doing a fantastic job, especially considering it was the first time he’d been here!”

For the Interlloy/Wilson Storage team, their focus now returns to endurance mode, with the second round of the CAMS Endurance Championship set for Sydney Motorsport Park on 26-28 August.

Keep up to date with the M-Motorsport/Interlloy race team by following; www.facebook.com/MMotorsportGT3 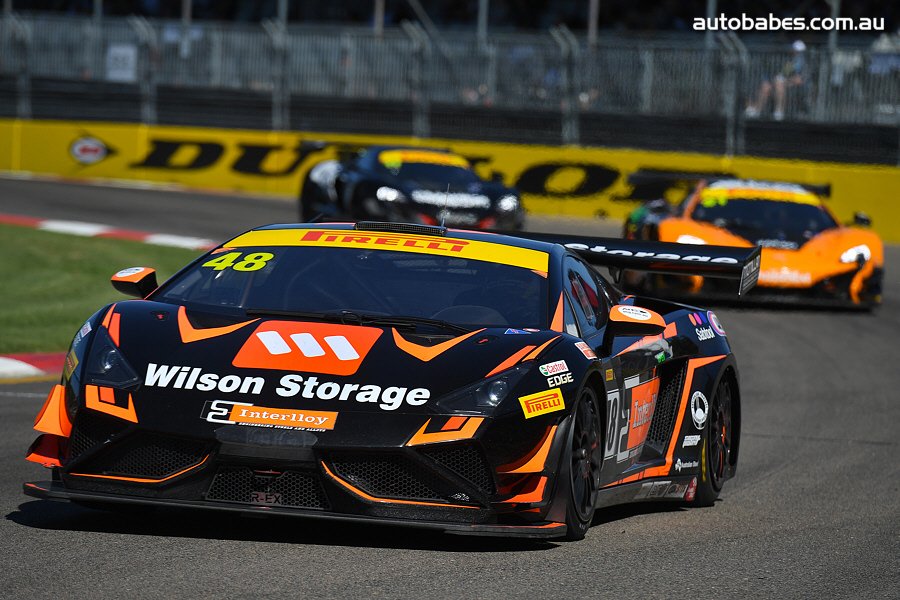 Australian GT have unveiled the first of their dates for the 2020 season, with three events scheduled for the CAMS […]