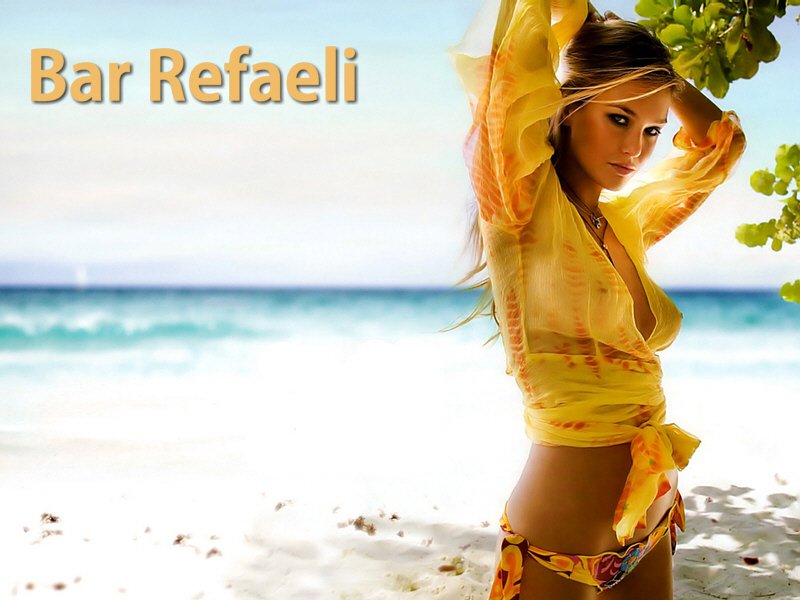 Bar Refaeli had no chance of missing out on any genes that bring about gorgeousness, sexuality or beauty ! Although born in Israel, she is of Italian, Lithuanian, & Polish decent; The three countries that have most consistently produced many of the world’s most gorgeous women from Sports Illustrated and Victoria Secrets models to Miss Universe.

Refaeli began her modeling career at the age of eight months, appearing in commercials as an extra for baby products.

She had to wear braces in her early years, interrupting her modeling until age 15, when she returned to modeling.

She was featured in campaigns for the fashion brands Castro and Pilpel, also starring in a commercial for Milky. Refaeli won the title “Model of The Year” in an Israeli beauty pageant in 2000.

Refaeli has appeared in ELLE (France), Maxim, and GQ (Italy). She debuted in the 2007 Sports Illustrated Swimsuit Issue, becoming the second Israeli model to appear in the magazine (after Michaela Bercu), posing with rock band Aerosmith.

In 2009, Refaeli was the covermodel for the Sports Illustrated Swimsuit Issue. A photo from the shoot, featuring a bikini-clad Refaeli, was painted on the side of a Boeing 737 in a promotional deal with Southwest Airlines, leading to criticism of Southwest from passengers for using an image they regarded as inappropriately sexual and “offensive to families”.

In October of the same year, Refaeli was again embroiled in controversy, when Haredi groups criticised a Tel Aviv billboard campaign in which she appeared semi-nude, alleging that it could “poison” the public. The billboards were subsequently removed.

On 5 March 2009, Refaeli received the World Style Award presented by the Women’s World Awards for her “natural elegance, sense of style and compassion”.

In April 2012, Shalom Life ranked her Number 4 on its list of the “50 most talented, intelligent, funny, and gorgeous Jewish women in the world”.

Save a Horse, Ride a Cowboy ft. Kyle Marcelli