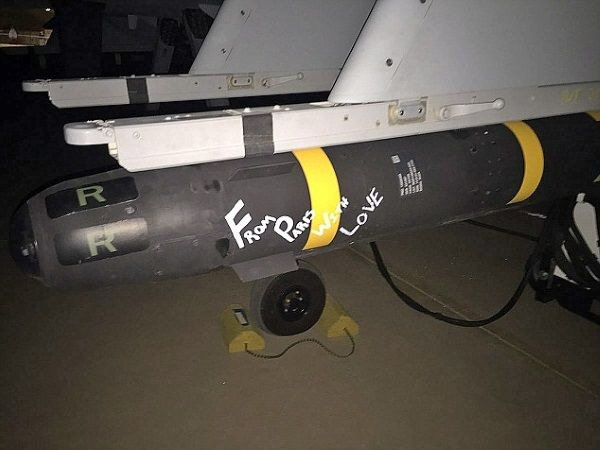 The world news has been reporting the retaliatory bombings on IS targets by the French this week. Two raids so far with 80 bombs dropped in Syria on strategic targets.

The world’s Social Media outlets have also been reporting on the raids with pictures of the bombs bound for IS with the words `From Paris with Love’ written on them.

You can be the judge, and unless someone in our network knows one of the pilots, we’ll have to go by our own judgement. It wouldn’t be the first time though, as messages were often written on bombs in WW2.

We’d like to believe it’s true though .. we’re a loving group after all and it’s good to see that love is being sent to cure the problem in the area that has been a pain in the world’s ass for a long time!