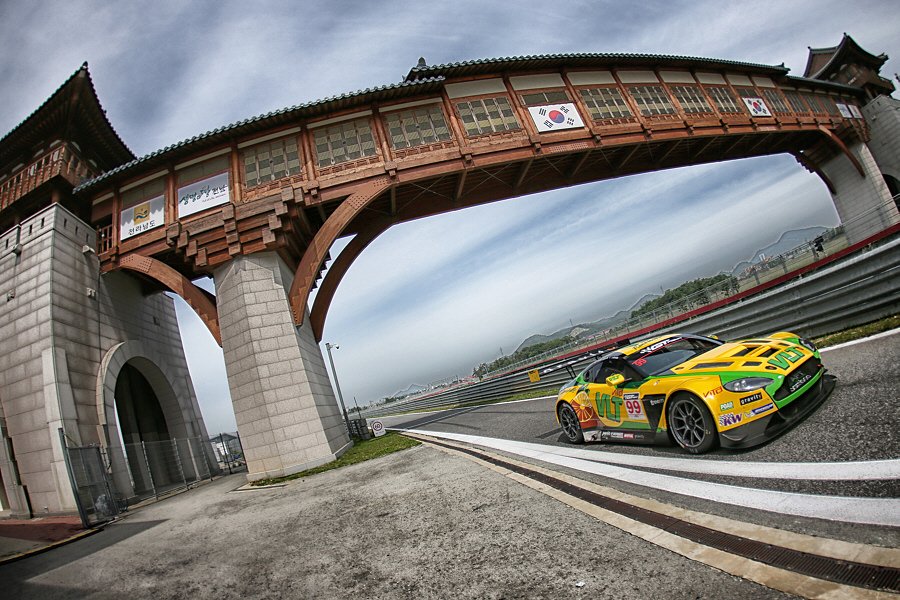 Thailand’s closing round of the 2015 GT Asia Series had everything a leading international championship dreams of delivering, a final race that saw the two title contending teams line up side-by-side on the grid, separated by just a single championship point – and with everything to play for..

It’s old news now that Craft-Bamboo Racing’s experienced veteran Darryl O’Young claimed his maiden GT Asia Series title, but that outstanding event at Buriram seems like an eternity ago.. In reality, it will have been 30 weeks since the final round of the 2015 season, and whilst many of the faces up and down pit lane will be the same, oh so much has changed with GT Asia over the off season.

Most notable has been a dramatic change in the cars in the series, with a feast of new 2016-specification GT3 cars coming in for the first time, along with a number of new faces.

Most notable difference for the established teams, is a wholesale change for Craft-Bamboo Racing, who have shifted their allegiance to Porsche, campaigning two of the all-new Type 991 Porsche GT3-Rs.

Team-leader Frank Yu will once again be joined by Ulsterman Richard Lyons, the experienced Asian GT campaigner will be fresh from an outing of SuperGT at Fuji in the leadup to the opening event, the pair again behind the wheel of an ‘Interush’ supported Craft-Bamboo entry, whilst team-mate and 2016 champion Darryl O’Young might sport familiar VLT colours, but he has a new partner this season.

Naiyanobh Bhirom Bhakdi will join the experienced Porsche campaigner for the 2016 season in his GT3 debut season, although the Thai driver is no stranger to a race circuit as an experienced touring car campaigner in his home country.

There will also be a third new Porsche entry in the championship, with GruppeM Racing running a car for experienced former GT Asia Series regular Philip Ma, and Englishman Tim Sugden, who is arguably the most experienced driver in the field with a career that stretches back to the halcyon years of the British Touring Car Championship in the 1990s. He is also the 2007 Carrera Cup Asia Champion, having defeated Craft-Bamboo’s Darryl O’Young for the title..!

FFF Racing Team by ACM too will return to the GT Asia Series for a second season, but without their 2015 driver lineup, and like Craft-Bamboo, they too have changed marques, campaigning the stunning new Lamborghini Huracan GT3 for two of Lamborghini Squadra Corse’s junior drivers. Rising Italian stars Edoardo Liberati and Andrea Amici will front the new look FFF team. Liberati is the reigning Super Trofeo Asia champion, whilst Amici was a race winner during the Super Trofeo world final at Sepang in late 2014, so they do have some knowledge of the Asian teams and circuits.

Bentley Team Absolute will be back with a three car team, which includes 2015 race winners Keita Sawa and Adderly Fong, although this year the two-time race winners and series runners-up will drive in separate entries; Fong alongside Korean sensation Andrew Kim, whilst Sawa will share driving duties with one his toughest opponents from last season, Australian Jonathan Venter – the two-time 2015 race winner who moves across from Craft-Bamboo.

The third entry too will have an impact on the championship, former GT Asia front-runner Vutthikorn Inthraphuvasak from Thailand will be joined by inaugural Lamborghini Super Trofeo world champion, and part of Absolute Team Bentley’s USA-based team alongside Fong, American Andrew Palmer.

Perhaps the most visible addition to the GT Asia Series field though, will be the two stunning new Audi entries from Phoenix Racing Asia. The two cars – one for former GT Asia race winner Marchy Lee and rising star Shaun Thong, and a second for former F1 driver and two-time Audi R8 LMS Cup champion Alex Yoong and Hong Kong’s Alex Au – will feature two of the most impressive liveries in GT3 racing anywhere in the world. With 2015 Nurburgring 24-Hour experience under their belts too, the new team can be expected to be strong title contenders this season.

Ferrari too will have a new look for 2016, with three-time GT Asia Series champions Clearwater Racing campaigning an all-new twin-turbo Ferrari 488 GT3, as will rivals – and arguably the favourites for the opening round – BBT Racing’s Anthony Liu and Davide Rizzo, whilst 2015 series rookies and race winners Singha Motorsport, will return in their Ferrari 458 Italia GT3, which will provide an intriguing battle between the Ferrari teams.

The driver lineups stay essentially the same, although three-time GT Asia Series champion Mok Weng Sun will sport a new co-driver for the opening round of the 2016 season, with former GT Asia Rookie-of-the-Year ‘Rocket’ Richie Wee stepping from his own car into the second seat in the new #3 488.

2016 will also see the GTM class and GTC classes battle for title honours. Frustratingly, a number of the GTM contenders were unable to prepare ahead of South Korea, so are expected to join the battle in Thailand or Japan, whilst the GTC class will see a great battle between Audi, Ferrari and Porsche.

Based on the closing round of the 2015 GT Asia Series, Bhurit Bhirom Bhakdi and team-mate Kantasak Kusiri will start favourites as both were GTM class race winners in Thailand, although at that stage they were sharing different cars. They will have to watch out though for Audi’s dynamic duo JingZu Sun and Franky Cheng, the two experienced drivers lining up to represent reigning GTM class champions Absolute Racing. The final member of the GTC class for South Korea is Thailand’s Suttiluck Buncharoen, who like compatriot Vutthikorn has been competing in Carrera Cup Asia in recent seasons.

Whilst a part of the outright battle in past seasons, former GT Asia Series champion Dilantha Malagamuwa will contest the GTM class title in 2016, sharing driving duties with his Dilango Racing Super Trofeo team-mate – Indian Armaan Ebrahim – a driver who brings a wealth of experience from European GT into the team.

WHO TO WATCH OUT FOR
The GT Asia Series will make it’s third visit to the Hermann Tilke-designed Formula 1 circuit in southern South Korea, the Yeongam venue opening the new season for the third consecutive year.

Three years ago a little known [then] partnership in a brilliant red and yellow Ferrari caught the series regulars completely by surprise, dominating on debut to win both 60-minute races. That result put team-leader Anthony Liu and his Italian co-driver Davide Rizzo firmly into title contention, a situation which re-emerged at the opening round for the 2015 season, when the pair again won the opening race of the season, and led the points after the South Korean event.

Whether they can do that again is a point of speculation amongst a number of teams. The looming question will be the pace and performance of the new Ferrari 488 GT3, which for the first time in modern history will see the iconic Ferrari V8 powered by turbo induction. In the past, a number of marques with turbo-charged cars have suffered in the Asian heat, although others – the twin-turbo 4.4-litre Bentley Continental V8 a prime example – haven’t suffered anywhere near as much.

The other thing that will work against the AF Corse-supported BBT team, is that their rivals are aware of their pace in South Korea, and will adapt their strategies to counter.

Craft-Bamboo Racing too could be considered as an experienced operation when it comes to KIC, the reigning champions having top qualified twice at Yeongam, and won the only event outside of the BBT Ferrari team, and by some margin. That was last year though after a number of seasons campaigning the big V12 Aston Martin. 2016 will present an entirely different scenario with the two mid-mounted boxer-engined Type 991 Porsches.

Keep a close eye too on the three Bentley Team Absolute Continental GT3s. Last year the big British built GT3 was right in the mix with the leaders, with just a qualifying incident for Adderly Fong preventing the #8 car from twin podiums for the round, a result which may ultimately have made that team the 2015 champions. They have three strong combinations in season 2016, and with 12-months experience under their belts, they could be expected to set the pace this year.

And don’t discount the Singha Motorsport team of Piti Bhirom Bhakdi and Carlo Van Dam. Their decision to stick with the naturally aspirated Ferrari 458 Italia might be an inspired decision for the 2016 season, and with Van Dam’s well documented pace supported by Piti – who proved to be one of the revelations of the 2015 championship – working tirelessly in the off-season on his fitness, they will be right in the mix too at the front end of the field.

Whilst the season proper gets underway on Friday, May 13 with three 60-minute practice sessions scheduled across the day, the season itself will actually begin three days earlier with an official pre-season test at Korea International Circuit, where teams will enjoy more than 13-hours track time across the two days.

This season Fox Sports Asia will also broadcast every race of GT Asia live, whilst the series itself will also live-stream every round with veteran commentators Jonathan Green – the voice of GT Asia – joined by Steve Martin to call both live feed and live streaming.

The GT Asia Series is sanctioned by the FIA as an International Series and is clearly recognised as the Region’s leading GT Championship. It is solely managed and promoted by Motorsport Asia Ltd and is backed by Michelin, KW Automotive, Motul, Race Room, Panta and YOFC. 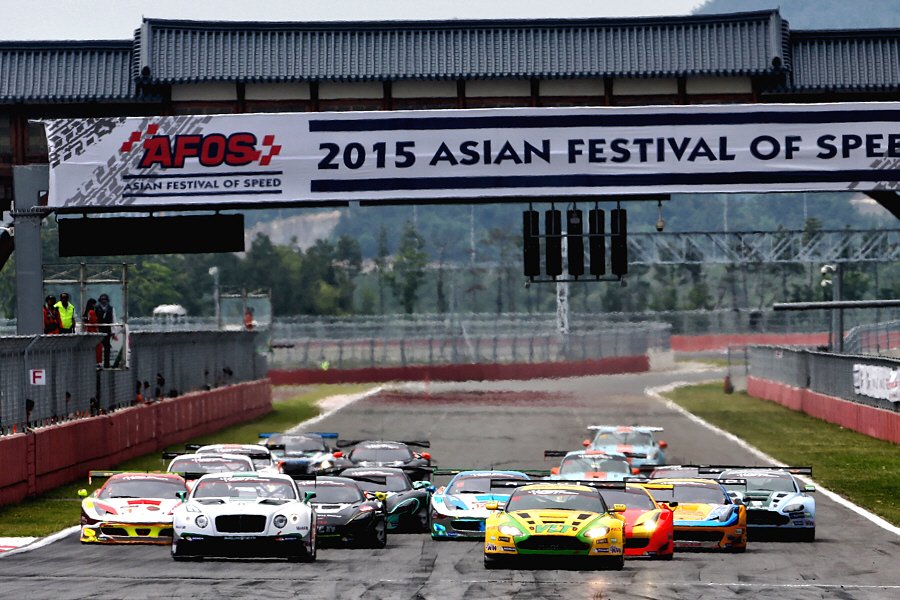 The GT Asia Series is sanctioned by the FIA as an International Series and is clearly recognised as the Region’s leading GT Championship. It is managed and promoted by Motorsport Asia Ltd.

Australian GT ready to race and preparing for 2020 season return

With Covid-19 restrictions beginning to ease around the country, the potential that sporting events will be back on the calendar […]